The Last Time the Indians Played at Wrigley Field, a Magical Run Began Skip to content 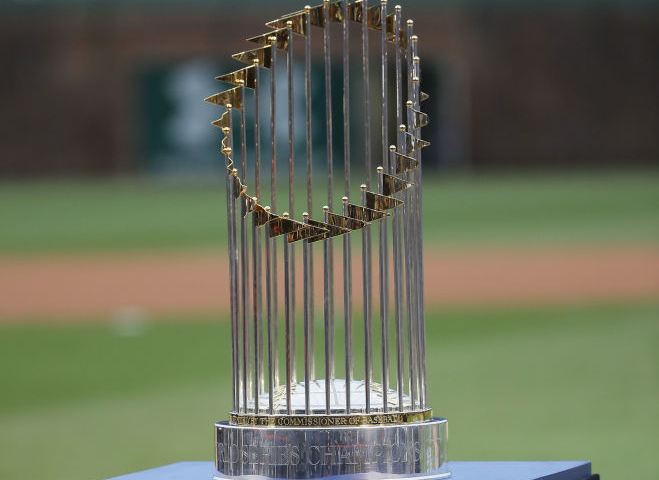 The last time the Indians came to Wrigley Field, they won two of three and all but closed out the 2016 World Series.

The two wins came in the first two games of three at Wrigley, giving the Indians their now infamous 3-1 series lead. At the time, I wrote this:

As I see the Cubs’ offense collectively stepping outside the contours of what made them successful this year, as I see the defense fail to make an unusual number of plays, and as I see individual pitching performances that I know might not be reflective of the player’s ability given enough innings, I have to keep reminding myself that this is it. There is no opportunity for things to naturally course-correct in a seven-game series. You cannot wait for positive regression tomorrow, because there might not be a tomorrow ….

What happens tonight? You’d sure like to believe the Cubs’ bats can get to Trevor Bauer again, and Jon Lester can do what he’s done so many times before.

If the Cubs can pull out the win, then at least they buy themselves a trip back to Cleveland and a chance to win the World Series. It would certainly be a dramatic finish by a team with a flair for that kind of thing.

I won’t tell you that’s likely, however, because banking on three straight wins against a very good team is not the sort of thing baseball allows you to do. We’ll just have to hope for the Cubs to win tonight, and then go from there.

I can remember how I was feeling at that time, ever hopeful, but also bracing myself for what might be the end of the line, and maybe even a whiff in the Cubs’ clear best chance to finally do it. I was sincere, though, in my belief that if the Cubs could just win that Game Five, then they’d get to go back to Cleveland, where they seemed to feel less pressure, and they got the benefit of Kyle Schwarber’s magical-knee DH’ing.

That Game Five was the last time these two teams played at Wrigley Field, and it was torture. The Cubs went down early and the bats were continuing their mini slump before Kris Bryant got things started:

The Cubs scored two more that inning, building a 3-1 lead that shrunk to 3-2 in the 6th. From there, the Cubs rode Aroldis Chapman’s arm the final 2.2 innings (42 pitches). It was agonizing knowing that every Indians swing could change the game, since the Cubs’ bats went back into a slumber.

But Chapman held up, and so did the Cubs’ lead. They won that game at Wrigley Field, and the rest, of course, is as history as history gets.

Tonight’s game probably won’t be quite as epic or as agonizing, but it’ll be fun – knowing now how the rest of that series played out – to see the Indians back at Wrigley Field. And, hey, it’s Trevor Bauer on the mound again. Maybe get to him a little more tonight, boys.

Re-live that Game 5 with the highlights: