Not to Be Lost in the Narrative: Anthony Rizzo Had a Monster Second Half in 2018 Skip to content 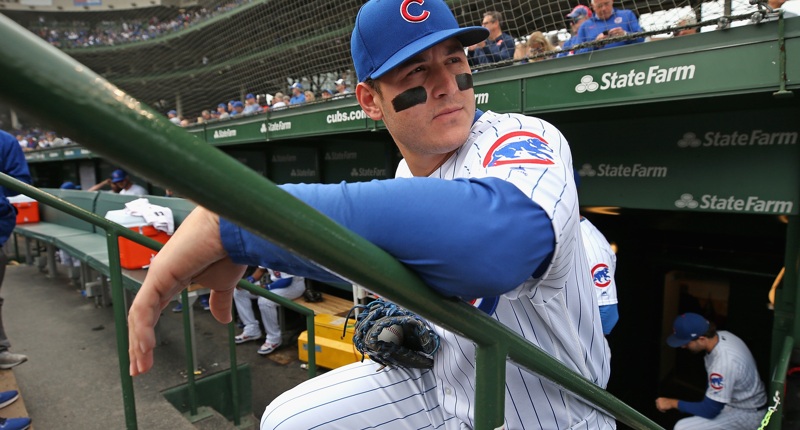 Since the Bears season is over and the Cubs offseason spending picture is as bleak – or, at least, confusing – as ever, I thought today would be the right time for a good old fashioned data dive, and a happy one, at that.

A lot of ink has already been spilled over the Cubs’ second-half troubles in 2018, and justifiably so. In the first-half of the season, the Cubs’ combined 107 wRC+ ranked first in the National League and fourth overall in all of baseball, but in the second-half, their 89 wRC+ ranked 24th. Twenty-freakin’ fourth. That’s scary, and also the reason we’ve been banging the drum for an impact bat this offseason.

But while those numbers paint an important and accurate picture of the offensive struggles to which this team could be susceptible going forward, important details are lost along the way. Important details like Anthony Rizzo being a freakin’ monster at the dish.

You see, while most of the rest of the Cubs offense went from good to terrible in the second half, Rizzo went the other way:

Across the board improvement.

From batting average, to on-base percentage, slugging percentage, walk rate, strikeout rate, soft-hit rate, hard-hit rate, groundball rate and overall production, Anthony Rizzo got demonstrably better in the second half of the season. Some of the improvements were, of course, small, others big, but the combined effort increased his wRC+ from a roughly league average 101 wRC+ (104th in the first-half of the season), to a wonderful 157 wRC+ (11th best in baseball – just barely behind Bryce Harper (159 wRC+)). 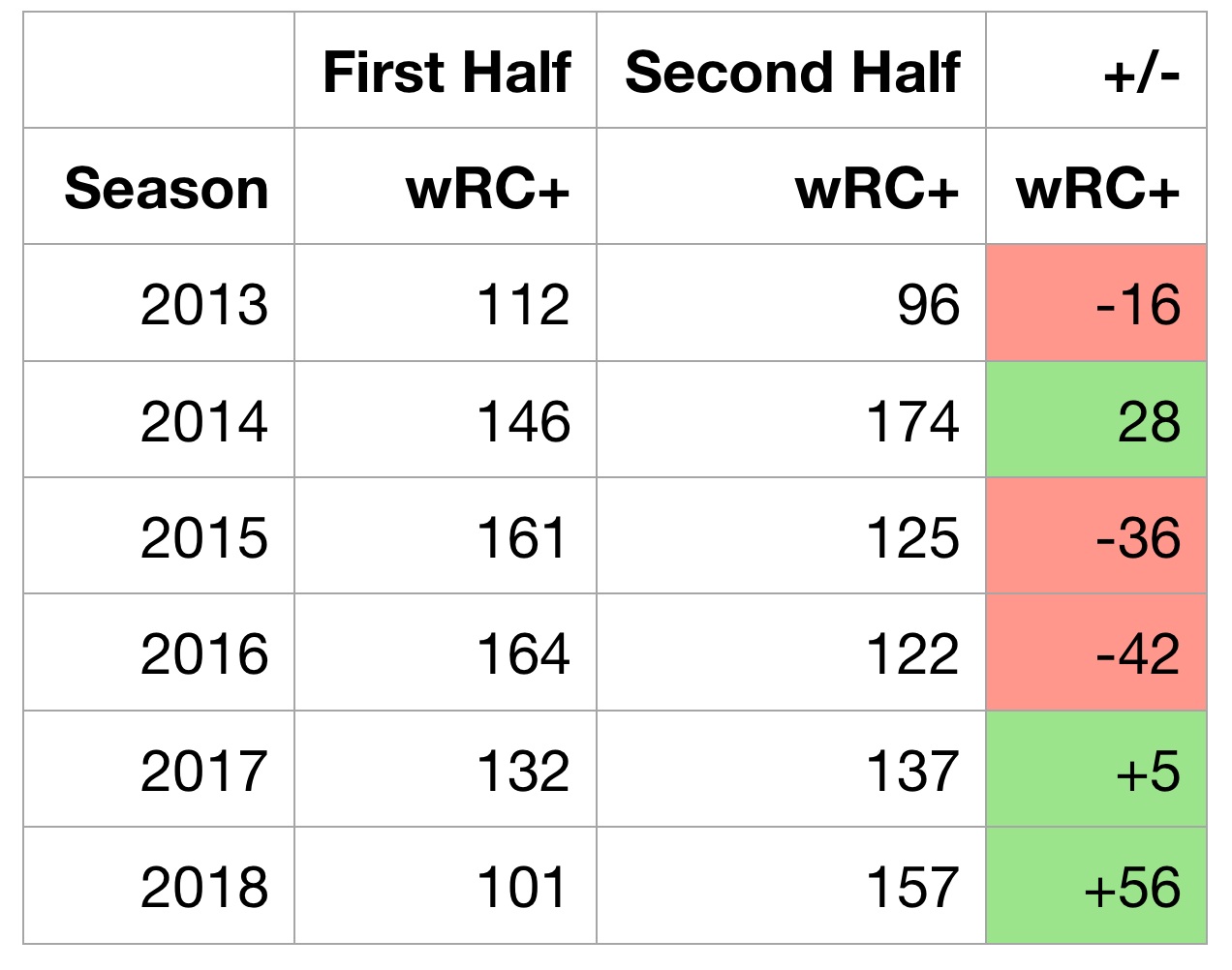 Although I don’t see a clear trend/preference for the first or second half, one thing is notable in there: Rizzo usually has one far better half than the other. That doesn’t mean one half necessarily has to be bad (look at 2014!), but in four of his six seasons with the Cubs, Rizzo has had a wRC+ some 25 points better than he did in the other half of the year. That’s pretty nuts for a guy whose final numbers tend to be absurdly consistent.

I suppose, then, we should keep that in mind this year, whether he gets off to a scorching hot start (or something a little chillier). Fortunately, the last two years have seen second-half improvements – when things were going well (2017) and when they weren’t (2018) in the first-half – and that’s something to hold onto.

Then again, Rizzo is hilariously consistent, so maybe there’s no reason to think about it at all:

We often talk about how impressively consistent Anthony Rizzo is, and yet I think we still understate it. Check out these L O FREAKING L soft/med/hard contact rates for the last four years: pic.twitter.com/ebzAoRukAd