REPORT: Padres Have Explored a Deal with the Cubs for David Bote
Search
Skip to content 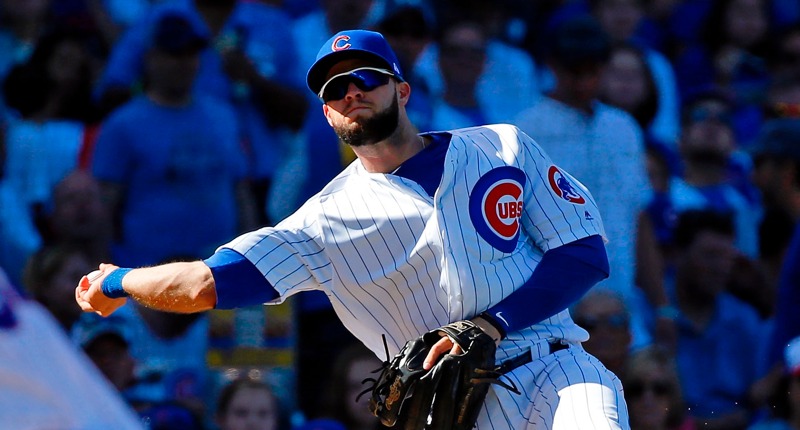 Although the primary thrust of offseason trade chatter among Cubs fans has (understandably) been about what pieces the Cubs could theoretically move out to accommodate other things, that doesn’t always account for the other side of the table: what guys are other teams potentially going to approach the Cubs about?

To that end, it certainly makes sense that a guy like David Bote – a breakout power source capable of playing good defense at second and third base (possibly passable at shortstop, too), with three years of pre-arbitration control left – would send some teams calling if they perceived the Cubs were flexible on moving him.

To that end, a report out of San Diego indicates that the Padres have spoken with the Cubs about trading for Bote to be their third baseman, with Wil Myers moving back to the outfield. Others the Padres have considered, according to the report: the Yankees’ Miguel Andujar, the Reds’ Nick Senzel, and the Phillies’ Maikel Franco. Quite a range of players.

With the addition of Daniel Descalso and with the Cubs seemingly unwilling to move out Addison Russell at this time, it’s not hard to imagine Bote having to work at AAA Iowa for a while until a roster spot opens up. Although you’d ideally love to keep Bote around – depth is key, versatility is great, injuries do happen, and Bote’s bat could stabilize into being slightly above average for the next few years – in the short-term, yes, the Cubs could probably succeed without him. So if the Padres ask, you listen.

You wonder if the Cubs would be looking to clear some salary in such a deal – attaching a smaller contract (Brandon Kintzler? Brian Duensing?) with Bote –  or if they’d just be trying to pick up a reliever. Kirby Yates would be your dream pick-up – and the Cubs have been attached to him before – but he’d cost a lot more than Bote, I’d expect.

In any case, the Padres have an absolutely overloaded glut of interesting arms at or near the big-league level, with a wave of prospects behind them. They may be more able and willing than most clubs to send the Cubs a really nice arm or two for a guy like Bote. (And these two teams have already dealt together recently for arms (Rowan Wick, Justin Hancock), so there’s a familiarity there.)

Although he got off to a very hot and very drama-filled start last year with the Cubs, Bote started trailing off as the league adjusted, and wound up finishing the year with a .239/.319/.408 (95 wRC+) line over 74 games. As you can see, some standard adjustment issues caught up to him as the year went on: 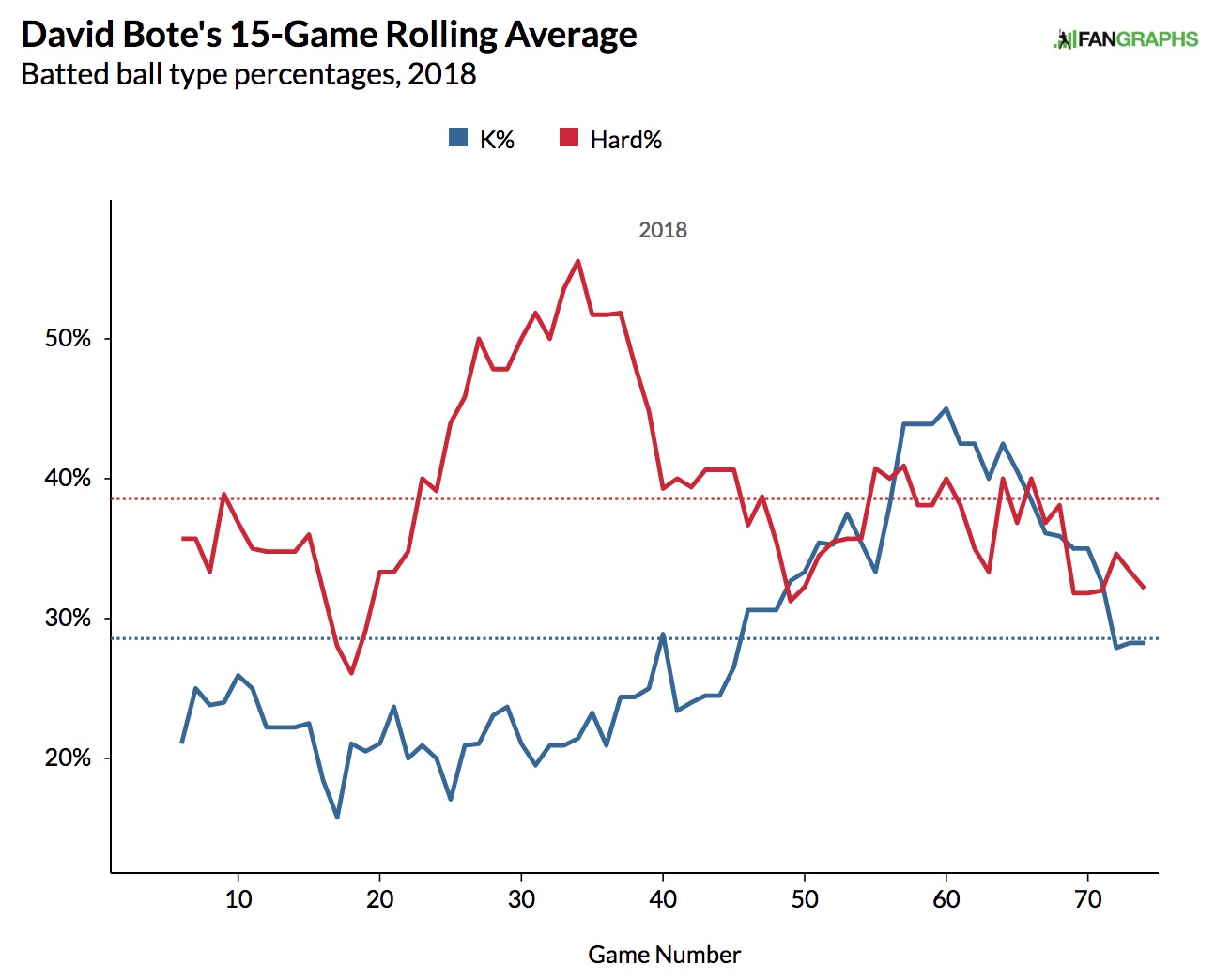 This is interesting. In the end, I’d caution you not to presume something is actually happening on this front, because again, if you look at the names considered by the Padres, Bote isn’t there with guys like Andujar and Senzel, which means it’s really hard to get a read on just how serious any of these talks have been.

With options remaining, lots of pre-arbitration control, and a depth need, it’s not like the Cubs are gonna be in any hurry to trade a guy like Bote.