Yadi Molina, Who is Definitely Not Bored in St. Louis, Says Kris Bryant Feud Will Extend Into the Season Skip to content 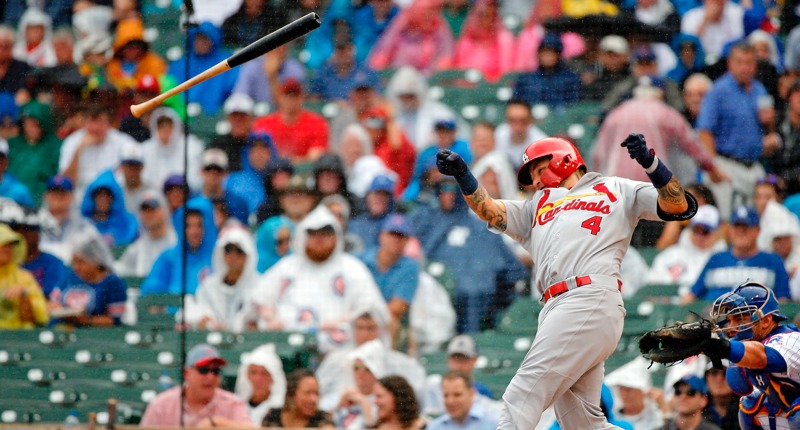 Again, I am loving every minute of this offseason drama, and I hope the jawing goes back and forth for months on end. But, ever since Kris Bryant joked – on a late-night show at a Cubs fan convention – about St. Louis being boring, the jawing has pretty much been unidirectional. Moreover, if your beef is with someone joking about being bored, it’s probably not a savvy approach to keep going and going for days on end with no response from the other side.

#stlcards Yadier Molina isn't one to dismiss a perceived slight. Thus it should be no surprise that when asked if his beef with Kris Bryant will carry over into the season, he replied: "Oh, it will." https://t.co/hxqHL4T2GD

In my mind, Molina is smiling as he says this, knowing that he’s doing some rivalry trolling, and wanting to outperform the Cubs. But I’m not gonna lie, it makes you just a little bit nervous about the Cardinals going off half-cocked and throwing at Bryant when they first see him this season. They’ve thrown at Cubs players before under Molina’s watchful eye, and the last thing anyone wants to see is Bryant (1) taking another pitch off the head like the one that cost him games last year, or (2) going up there hesitant because he’s thinking about whether they’re going to throw at him.

A war of words and playful trolling among rivals? Yes please. I’m hear for it. Actual on-field retaliation by either side and risks of injury and suspensions? No freakin way. Do not be idiots.

Molina presumably told the guys that while they were hanging out, trying to find something to do …

Yadi seems to be a little …