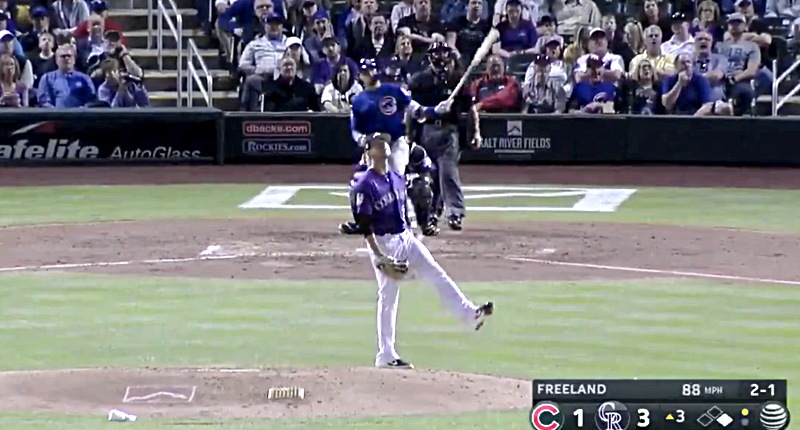 Javy Baez isn’t always hot in the spring – historically, he’s not been a good Cactus League performer – but the dude is crazy hot right now. He was on fire coming into tonight’s game, and already had a single when this happened off of not-a-chump starter Kyle Freeland:

That thing looked like a Coors Field shot. And even though Javy had to go down to get it, the ball was absolutely obliterated:

Towering home run from Javy Baez in the third inning vs. the Rockies tonight. Including his first two ABs of the night, he's hit .419 (13-31) over his last 11 Cactus League games. pic.twitter.com/xPdjpJahyT