Phillies Fans Gonna Philly: It Took ONE GAME for Them to Boo Bryce Harper Skip to content 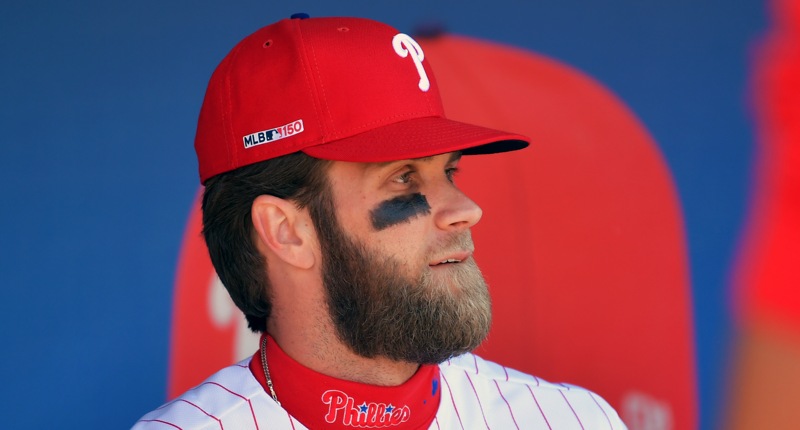 Philadelphia sports fans are notorious for their … passion. Sure, it skews positive sometimes, but mostly, what they’re known for, is an almost unbelievable mean streak when things are not going exceptionally well. Not all Philly sports fans, of course, but I’m just saying, that’s the perception.

And today, amid a 10-4 win over the Braves, Phillies fans didn’t exactly cover themselves in glory.

In his DEBUT APPEARANCE, after signing a 13-YEAR CONTRACT, Harper was booed by the Philly faithful because he struck out for a second time on the day. It’s not a chorus of boos, but it’s also not at all unclear. There are boos:

If you had "Under 2.5" on the number of at-bats it would take for Harper to hear any boos in Philly, you win! Bryce strikes out with a runner on third here in the fourth, brining out a handful of jeers. Not many, but not none, either.

No doubt Harper will receive his fair share of cheers (and more boos) over the course of his long career with the Phillies. But man. The first day. The first dang day.

And they’re doing it to a guy who showed up to the park wearing this incredible shirt: