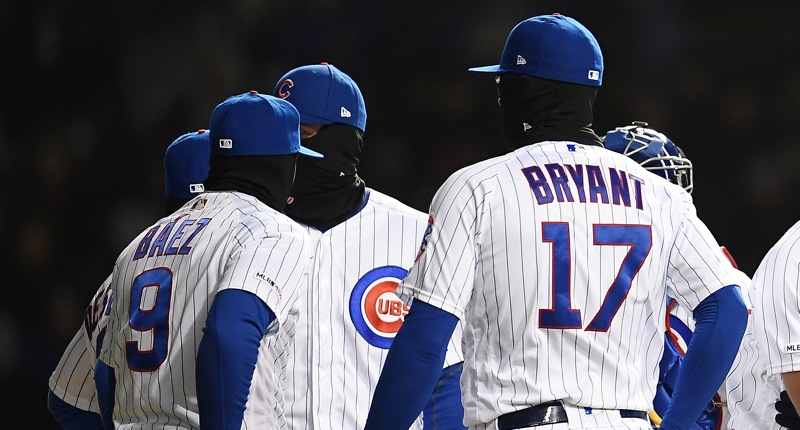 The Mike Trout-less Angels beat the Brewers once again last night, completing the three-game sweep. Obviously it’s mostly “just baseball,” but it’s also a reminder how challenging it is to go out West, even for good teams. It was a helpful series in a relative divisional sense, but it won’t much matter if the Cubs don’t start stringing some wins together.

It’s crazy early, of course, and it’s not like I’m saying the Cubs need to be within X games by the end of April, but I will say the schedule sure looks a lot more winnable in April than May to mid-June. During that stretch, the Cubs will face the shockingly strong Mariners in Seattle, the Astros in Houston, the Rockies in Colorado, and the Dodgers in Los Angeles. When they aren’t out West facing good teams at their place, the Cubs will be otherwise playing the likes of the Brewers, Phillies, Cardinals, and Nationals.

It is an almost uniformly difficult stretch of baseball, and it isn’t brief. More or less, all NL Central clubs will face similar stretches at some point this year, and the Cubs’ ability to at least hold serve is going to be critical. Of course, shooting for “holding serve” over a month and a half sounded a lot better when the idea was that the Cubs could bank a lot of wins in April. That … has not worked out so well.

If nothing else, the Cubs need to make sure they have rounded their roster into its best possible place by May, meaning roles have been sorted out, positional rotations are being properly optimized, etc.

And if guys like Kris Bryant and Anthony Rizzo could be humming at the dish by then? And if the rotation has settled into giving the Cubs a real chance to win every time out instead of these four-inning not-good-but-not-abysmal starts? And if the bullpen can actually continue producing like it has the last few games?

Yes, that stuff, too, would help.