Hendricks Maybe Not Quite That Bad, Grinding Contreras, Eloy Hurt, Vladito Debut, and Other Bullets Skip to content 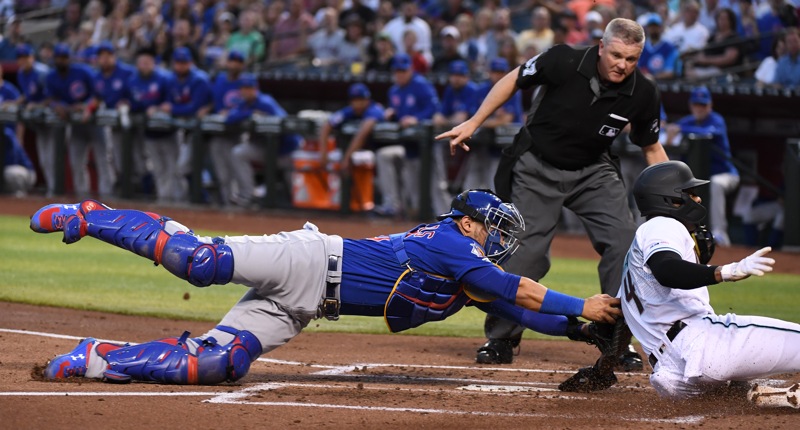 It is rather challenging to say nothing – NOTHING AT ALL – about a movie I saw yesterday. Not even whether I enjoyed it or not. But I’m doing my part. When’s the cut-off, by the way? When can I say things? Maybe a week?

Watch Kyle Hendricks discuss his "bad mental approach" in Friday's loss to the Diamondbacks. He gave up 10 hits in five innings. https://t.co/5SSXYJGxKp pic.twitter.com/svIW4hokPf

Before the season started, did you think that Javy Baez would get BETTER?

Well, he's currently ahead of Sammy Sosa's pace for each of his 60-HR seasons: https://t.co/iLteb5hyAc pic.twitter.com/CkINJd6H6y

Eloy is being helped back to the dugout. He's done for the night. Here's the play: pic.twitter.com/bYs9kkqgYk

Las palabras quedan cortas para expresar mi emoción y lo orgulloso que me siento de ti mi hijo. || I can't even explain how i feel, there’s no words to describe how proud i am of you. @vladdyjr27 #VG27 pic.twitter.com/As26HoxF2T

When you make that hyped debut and your friends are happy. pic.twitter.com/Wn3ddNQepH

The Bears have a new running back, drafted last night:

All the Highlights of New Bears Running Back David Montgomery You Can Cram in Your Eyeballs https://t.co/nvsSsUNbUg pic.twitter.com/3izqWaLqz5

David Montgomery Has “Everything You Look For in a Running Back” and Other Bullets https://t.co/Fj6f4FD8VP pic.twitter.com/1B79kSOGGc