McCutchen Swung, Not a Bad Rizzo Send, Michael and Luis on TV, and Other Bullets Skip to content 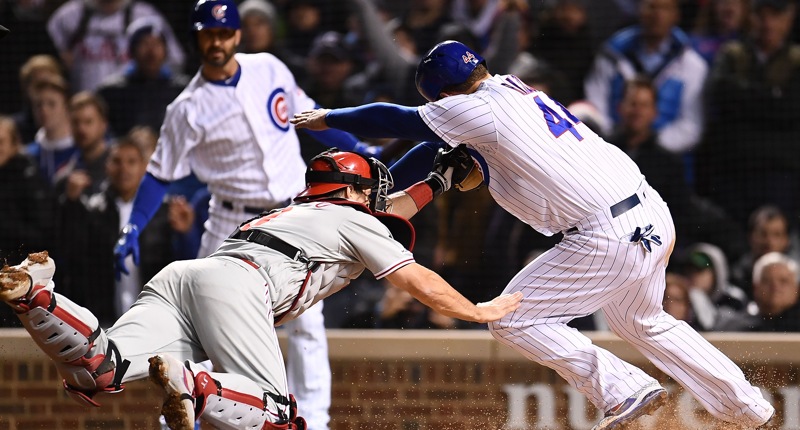 Time for me to head on back to Columbus after a good stretch in Chicago. Even the part where I got hit by the car now registers as “good,” because I was definitely not hurt, and was definitely extraordinarily lucky.

Although the definition of a "swing" is flabby – essentially when a batter offers at a pitch, going too far in the process – we know a swing when we see it. Everyone watching knew this was a swing except the guys who make the decision. A Cubs win becomes a Cubs loss. pic.twitter.com/4I53b8eyHg

The Phillies have 5 hits with exit velocities below 80, accounting for 3 runs. https://t.co/2HL84OlTzR

Jake Arrieta: "It brought back great memories of getting that same sort of ovation pretty much on a nightly basis. I'm very appreciative of that. I can't say thank you enough to the city of Chicago. I really can't. But I'll do my best."

"I’ll never forget this city, the fan base, the organization, everything that they did for me. It was 4 1/2 incredible years of my career.”https://t.co/d0JpXJebEK

Allen Robinson: The Offense is “Years Ahead” of 2018, After Offseason Workouts with Trubisky https://t.co/8IxVykJ77Y pic.twitter.com/QwHcKvbBCf