Kyle Schwarber Opens Things Up with a Lead Off Home Run! Skip to content 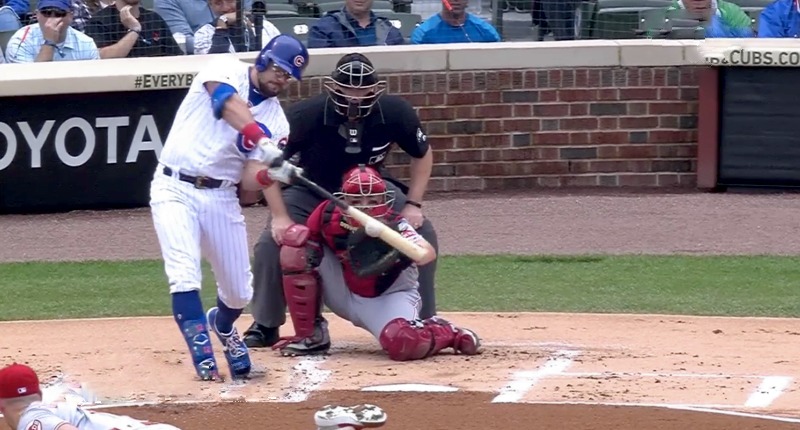 I have to admit: When I first Tweeted about Kyle Schwarber’s peripherals showing signs of obvious, but still-hidden power, I didn’t expect it all to materialize so quickly.

Schwarber's already earning that elite level OBP during this hot streak, but he's got the foundation for a LOT more power. I'm absolutely geeked about this.

But leading off the game today, the Cubs left-fielder and new leadoff man launched his second homer in as many games and remains red-hot at the plate:

You ever seen a leadoff home run hit this far?#EverybodyIn pic.twitter.com/aIf6rzUEIP

According to Statcast, that ball was absolutely blasted at 112 MPH off the bat and traveled a massive 449 feet. It was one of those where the outfielders don’t even move (my favorite side-effect of the best home runs). Schwarber now has a three-game hitting streak brewing, as well as a 7-game on-base streak.