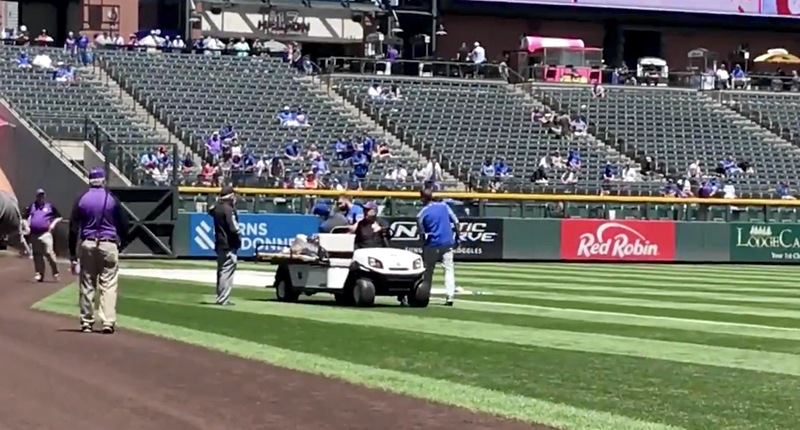 This is just not good, particularly given how effective, durable, and reliable Steve Cishek has been the last two years …

Cishek hurt while in OF for stretch and catch. Right leg hit by ball. In enough pain he’s carted off.

While playing catch Kintzler throw crossed up Cishek. Got him in knee or shin.

It’s hard to do the math on just how unlucky that is. Hopefully he’s going to be OK.

We’ll have more when we know more, and I’d rather not do any speculating or arm-chair doctoring right now. He got hit hard enough and in a painful enough place that the Cubs apparently thought it best that he not walk on it. So, any way you slice it, that ain’t good.

UPDATE: Woof. Here’s video of the throw from Kintzler – slider? – that did the damage:

UPDATE: Tentatively good news, but you know how these things can change course after a guy sleeps, and determines that he doesn’t feel so good the next day:

Word from the clubhouse on Cishek: was hit on the inside of the right knee. Appeared to no more than a bad bruise and his availability for today's game was to be determined.