REPORT: Ben Zobrist Could Return to the Cubs in September Skip to content 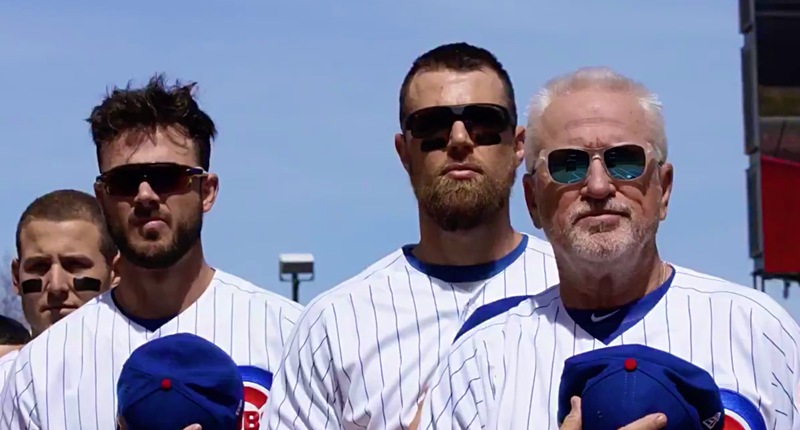 Just as Chicago Cubs GM Jed Hoyer reiterated the club’s position with respect to absent utility man Ben Zobrist – his family is his focus, the team supports that, and he will be welcomed back as soon as he’s ready – team president Theo Epstein offered the same perspective, with even a stronger hint of optimism.

Theo said "there's been a little more definition" on the Ben Zobrist front. Still no timetable, but there have been discussions about what a return-to-play schedule could look like later this season. Zobrist still putting family situation first.

Theo Epstein says he remains in frequent communication with Ben Zobrist: "The possibility of a return is there for him later in the season. We’ll see how things evolve. We’d all love to see him back here, and he’d love to be back, so we’ll see if that can come to fruition."

That does sound like a later-season return for the 38-year-old veteran – a guy who was extremely productive for the Cubs last year, and was the team’s dang World Series MVP in 2016 – is highly possible.

A report from Jesse Rogers at ESPN puts an even finer point on it, with a source indicating if and when Zobrist returns, it is “likely to be late in the season, potentially in September.”

There could be a lot of sense there.

Not only would a September return give Zobrist a couple more months to be with his family and work on the personal issues that have kept him out, but it would also thereafter give him plenty of time to get back into baseball mode – the minor league seasons run through August – and then come back ready, rested, and healthy for the stretch run. Not only that, but rosters expand from 25 to the full 40-man roster in September*, which makes adding a guy like Zobrist all the easier. Sure, you could figure it out with relative ease if he’s ready to go before that, but, I’m just saying, on September 1 it kinda becomes a freebie.

As always, the greatest hope here is for the Zobrist family. Whatever they’re going through, in addition to the fact of the divorce filings, I hope that it’s proceeding as well as it possibly can.

To be sure, there is still no guarantee that Zobrist returns this year before his contract expires at the end of this season. But it does seem like there’s good reason for hope.

*Enjoy it while it lasts. Remember, the September roster expansion shrinks to 28 next year (though the regular roster increases from 25 to 26).