'C is for CUBBIES': Enjoy the Greatest Seventh Inning Stretch in Decades Skip to content 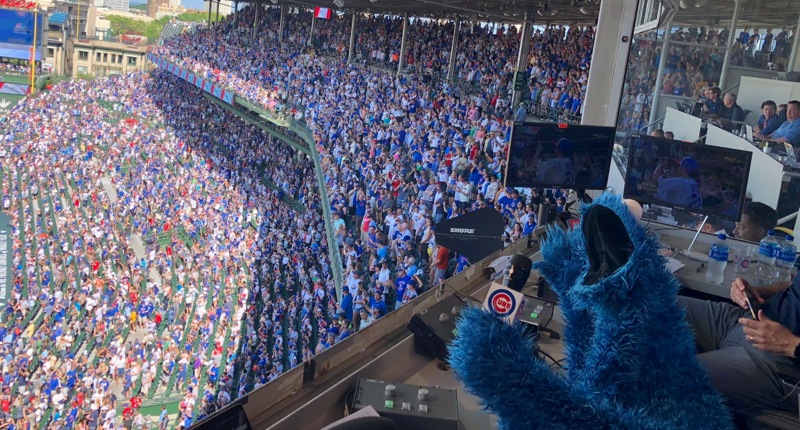 Not to be lost amid the Cubs’ furious comeback and the magnificently enjoyable Craig Kimbrel debut, yesterday’s game was notable for one other huge reason: COOKIES!

No, I’m not talking about a cascade of prospects being called up, I’m talking about ‘Sesame Street’ and its lovable cookie-obsessed muppet, Cookie Monster. My dude sang the Seventh Inning Stretch. It was amazing.

C is for Cubbies! @Cubs pic.twitter.com/WRUdhBPAR8

You know it was a special moment when all the beat writers in the background realized what was going on, and were like, “Oh wait, whoa, I gotta see this!” Cookie Monster even dropped the too-often-forgotten “let’s get some runs!” line at the end, but swapped in “cookies,” because obviously.

Good luck topping that stretch, future singers. Because that one was the best ever (non-Harry division).

Memorable ones, sure, but usually for the wrong reasons. Remember Bernie Mac and the champs? Remember Jeff Gordon and Wrigley Stadium? Remember Ozzy Osbourne and ‘Take Me Out to the Mumbles’? Remember Mongo getting thrown out of the game from the booth? (OK that one was cool.)

The best stretches have come from Harry Caray, of course, and whenever someone deeply tied to the Cubs comes in for a stretch. But, man, given what the stretch is supposed to be? It’s going to be pretty hard to top the sublime and childish joy of Cookie freaking Monster singing from the booth.