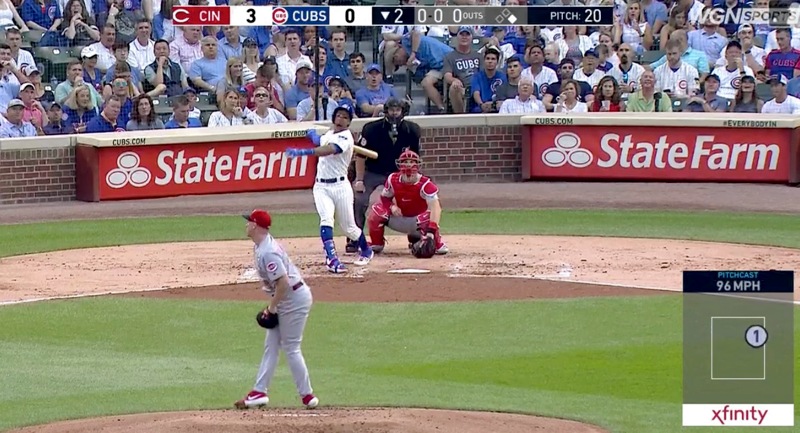 I love how much Robel Garcia has been exactly what we realistically hoped he could be.

If you observed his trajectory honestly, you knew he was going to strike out a ton in the big leagues. You just hoped, thanks to real power, he would do some damage in the meantime when he wasn’t striking out. And so far, man, he’s freaking doing that big-time.

He added another bomb tonight:

That thing had some serious loft. There isn’t a lot of wind tonight at Wrigley Field, so it just carried on its own to a part of the ballpark where the ball carries well.