So Many Bullpen Worries, So Many Road Problems, So Many Other Bullets Skip to content

The BN Blogathon is just two days away, and we are getting so close to our goal of sponsoring TWO wishes for Make-A-Wish. The work they do – the impact they have for kids and families who need these moments – is so important. People need positive experiences now more than ever. Check out the fundraiser here.

This right here is why we do the #BNBlogathon each year for @MakeAWish @WishIllinois. They do such important work for kids & families who deserve a life-changing experience.

We're 25% away from our goal of sponsoring TWO wishes (and making me go crazy): https://t.co/dgiMRPJI8a pic.twitter.com/dYsF9wBGR0

In 542 appearances before becoming a Cub, Craig Kimbrel had given up multiple home runs in an outing just once. 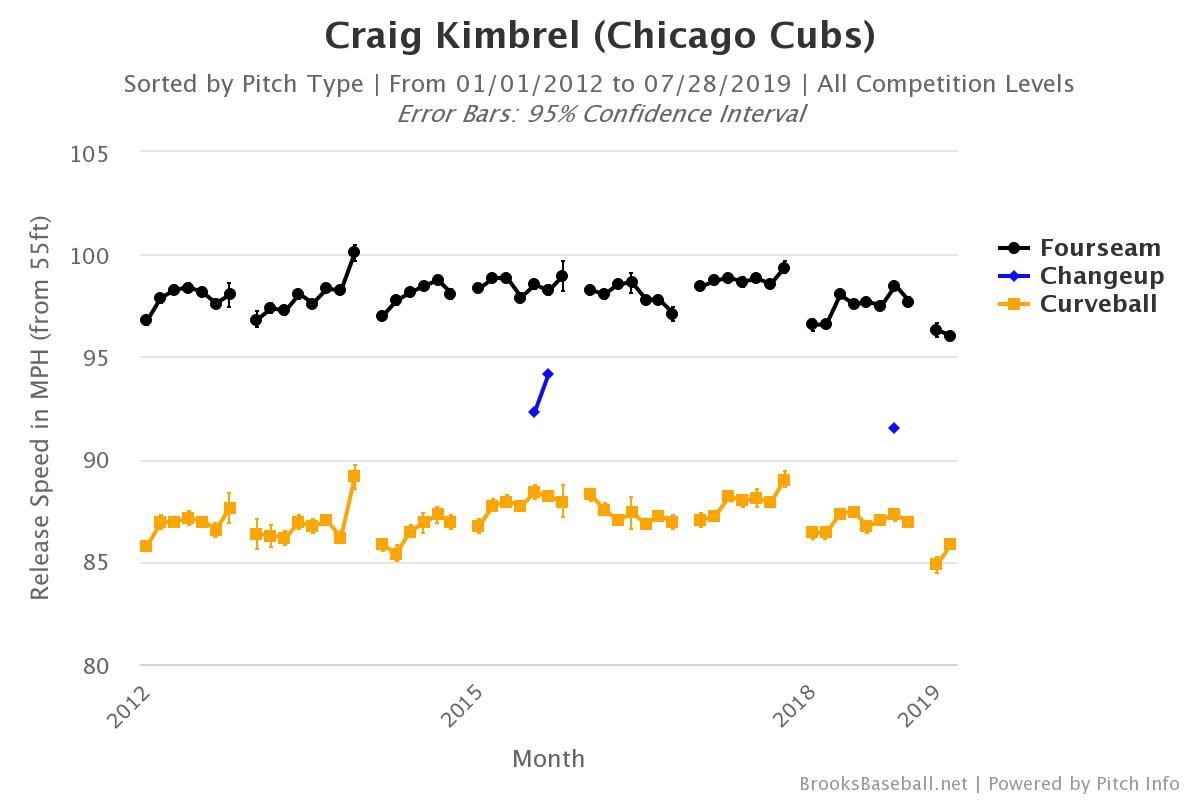 This is the concerning trend, obviously. It's difficult to know how to parse "give the man a minute, he didn't have a spring training" with "we saw some of it last year." pic.twitter.com/ukfFl9U2N8

Cubs running away from the top of the NL Central standings like pic.twitter.com/SdhV1gpgCR

Play it on a loop. cc @PitchingNinja pic.twitter.com/BjhSgYugOO