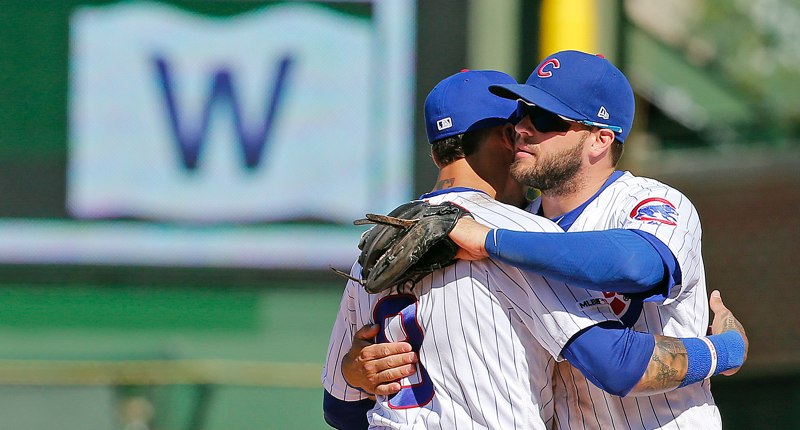 Say good morning to your home and friendly Chicago Cubs, back in first place once again. 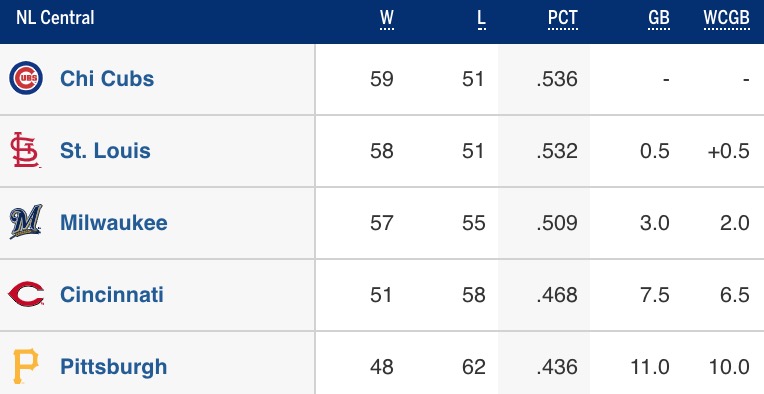 The Cubs have the A’s to thank for last night’s Cardinals loss, but they also have themselves to thank. As thoroughly destructible as they are on the road, they are completely indestructible at home.

The only teams in baseball with more home wins than the Cubs’ 38 are the Dodgers (42), Astros (40), and Yankees (42). The Cubs very much have the home-cookin’ part of being a great team down pat.

Can you make the playoffs like that? I guess you can in this division – proof in the pudding and all that – but obviously you won’t get too far in the postseason if you can’t win a bit on the road. The Dodgers are going to have home field advantage in the NLCS, no matter who they’re facing.

It’s hard to feel like we’re still in a “statistical noise” situation, though five of their last six road losses were by a single run or were a walk-off. Baseball being what it is, we know that games like that – in bulk – are a coin flip. If the Cubs win those coin flips instead of lose them, suddenly we’re talking about how the Cubs “figured it out” and their road woes are behind them, since they’d be just barely under .500 on the road (not to mention 5+ games up in the Central). That doesn’t mean I can say for sure it’s just noise, but I do think there’s probably a lot of fluke involved.

Anyway, for today, let’s just celebrate the first place Cubs, and imagine a utopia where they never have to go back out on the road again … starting on Thursday … for four games in Cincinnati …