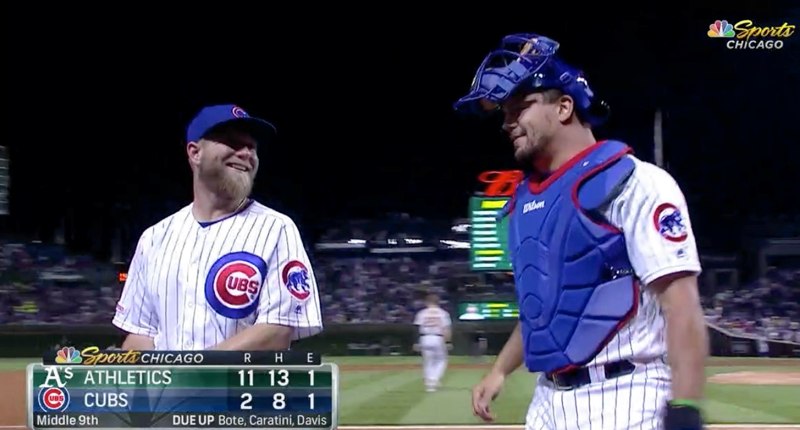 A long-time starting pitching prospect whose results never quite seemed to match the live arm and the stuff, Duane Underwood seemed a pretty perfect reliever conversion earlier this year when the organization finally pulled the trigger.

After his first rough outing as a reliever at AAA Iowa, this is what he did in an offense-inflated league: 2.28 ERA, 3.12 FIP, 31.0% K rate, 6.9% BB rate. Basically, he was as good as any reliever in the league at that time, right up there with Rowan Wick.

He made his 2019 big league debut last night in the laugher, and although the leverage was as low as it gets, I still think we can give him some credit for striking out every single one of the six batters he faced:

That high velocity fastball up/nasty changeup down combo is something else. Command those two pitches well, and you can be a really, really good two-pitch reliever. I’m highly intrigued.

I reckon the Cubs were, too, given that he was pulled at 29 pitches in a blowout when the Cubs could use innings. That is to say, if he were definitely just gonna be sent right back down to Iowa today, he probably would have eaten up another inning.

Of course, if he’d done that, maybe we wouldn’t have gotten to see the brilliant 9th inning pairing of catcher Taylor Davis pitching to emergency catcher Kyle Schwarber:

That was three really bogus hits to load the bases, but Davis BUCKLED DOWN from there and got out of the jam unscathed. Just incredible work with his blistering fastball and blistering changeup and blistering slider.