Home Jersey Superstition, Everyone Wanted Javy to Hit Lefty, Another Big BDay, and Other Bullets Skip to content 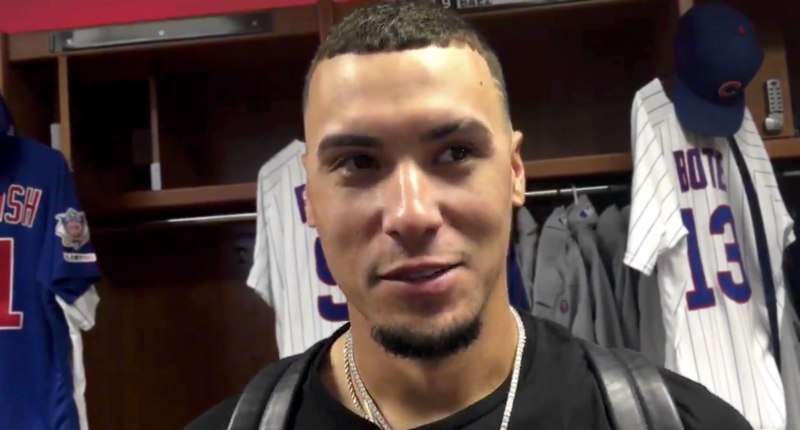 I thought I had a little cold beat after extra rest, water, etc. earlier this week, and then boom, overnight, everything was awful again. Cold —> sinus infection. Stupid body, be less stupid.

Watch Anthony Rizzo discuss the Cubs bringing their home white jerseys with them on the road for good luck. (They can't wear them in game) https://t.co/zVH3xYWp4D pic.twitter.com/ZlsYST3AVC

Baez asked Maddon if he could hit lefty and the manager told him to go for it. Felt it was a good time to try it in-game (against a position player in a blowout), though Maddon thinks it's something Javy could learn to do.

Does Javy think so? Not so much. He’ll stick to righty. pic.twitter.com/RoIiKALK0g

.@LenKasper mentioned the triple play turned by the Tennessee Smokies on the broadcast, and let’s just say it wasn’t your “normal” triple play if such a thing exists. pic.twitter.com/ubO1mBZUA7