Trying Hard Not to Overreact, Cheers for Mills, Heyward, Hoerner, Zobrist, and Other Bullets Skip to content 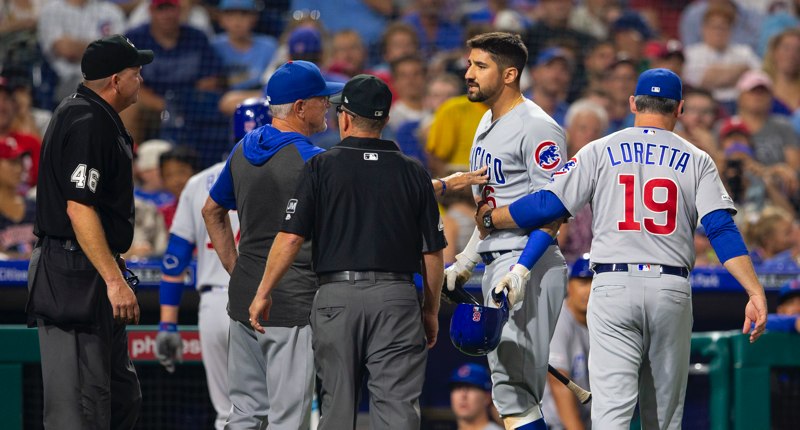 The big kids had their first day of school yesterday, and it passed without drama. They seemed reasonably happy when they got home and did the kid thing of not wanting to discuss any specifics. I guess I’d call that a successful debut.

Better stop deluding ourselves into thinking this team has any chance at a championship. Holes all over the roster. Just being honest. Need to make major moves in the off season.

Nico Hoerner has ONE strikeout in his last 14 games, spanning 62 plate appearances.

Last night he notched 2 hits, incl a double, and swiped his 8th bag of the year.

How good has @mamaya_9 been behind the plate this year?

He now leads all of @MiLB with 43 runners caught stealing this season!! pic.twitter.com/efAoDIn80N

ICYMI: World Series hero Ben Zobrist to join the @IowaCubs in Memphis. And then what? A look at the plan from there. https://t.co/BMK8UMdiIh

Late in a blowout, Nick Castellanos was not having it when the umpires didn’t agree that he’d fouled one off his foot. He does not have “give up” in him.

Trade everyone, literally everyone except Javy and Willy, for Mike Trout. Just have three players. They can all take turns, one can catch, one can pitch, the other play the field.

Cubs at Home versus Cubs on the Road. pic.twitter.com/OlfCaY4bwJ