Albert Almora Jr. Reported Immediately to Iowa Because He Wanted to Be There for His Teammates
Search
Skip to content 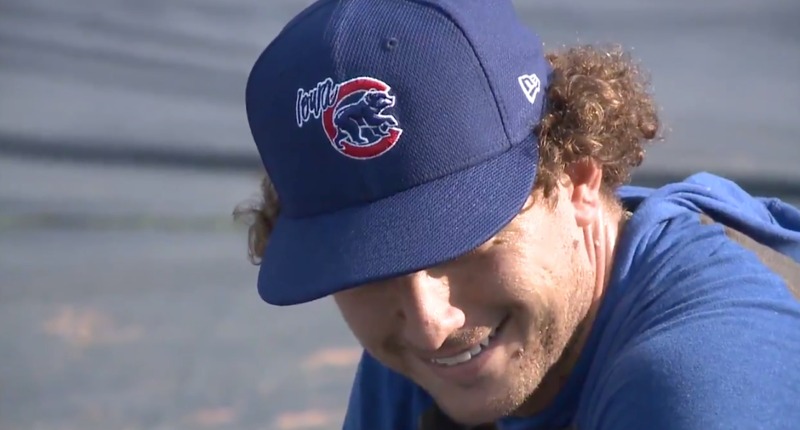 Things were already not working out for Albert Almora Jr. before the outfield picture was crowded by a couple additions (Nicholas Castellanos, Ian Happ), as well as some resurgences elsewhere (Jason Heyward and Kyle Schwarber).

Through 114 games – featuring 343 plate appearances, plenty of consistent starts, and multiple appearances at every spot in the lineup that’s not usually occupied by The Bryzzo Co. (3rd and 4th) – Almora slashed just .243/.275/.396 (69 wRC+) on the season, with defense that didn’t rate (or look) quite as strong as it usually does. And given the way the previous season ended offensively, Almora’s glove could no longer secure his spot on the big league roster.

So on August 16th, Almora, like many of his teammates before him, learned that he was being demoted to Triple-A Iowa. And, the very next day, on August 17th, he went 2-4 with a double for the Iowa Cubs. That’s because the dude sprinted down to the farm with a great attitude, ready to play immediately.

Sure, he could have taken his contractually allotted 3 days to report to the team (and his equipment could have been missing when he arrived), but Almora was there and playing the very next day. And his explanation is surprisingly refreshing:

This is the right attitude after a demotion. @albertalmora gets it.#Cubs

Here are his comments, if you can’t watch the video right now:

“You could look at in two ways: I could have been bitter and taken my three days and shown up straight to Iowa, coasting through things and hopefully at the end of September, I get back up or whatever. I could’ve done that route. Or I could have came with a purpose … [And] first of all, it’s not fair to the guys here as well, to play short and just to wait on me, just cause I want to take my sweet time. I didn’t think that was right for them, either. I wanted to come down, get to work. I’m excited. I’m in a really good place. I just want to win ball games, man.”

It’s too bad that things haven’t worked for Almora this season, because there’s no denying his effort, passion, and general likability. He is, by all accounts, a fantastic teammate and someone who deserves to find success on the big league diamond. Hopefully, he can take this time in Iowa to clear his mind and re-find himself at the plate a little bit. And then, when rosters expand in September, I imagine we’ll see him pretty quickly after that. The Cubs have said as much.

As for the future (like next season and beyond), we can’t yet say the Minor Leagues will be forever behind him – he will need to improve offensively before we can say that. But Almora clearly has the drive and work ethic, and we all know he has the talent. It’s just a matter of putting it all together.