In the RizZone, Anthony with a Happy Birthday to Mom, and Other Bullets Skip to content 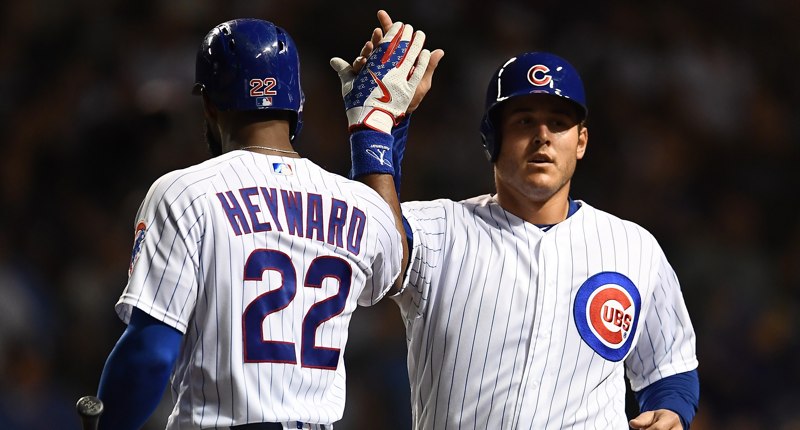 As some of you know, The Littlest Girl (our youngest of three kiddos) has special needs. Today, she started at her new preschool, which meant she gets picked up by the bus. I was … a wreck. I’m so proud of her progress, and so happy that she gets more and more independent experiences, but, man, I’m still just her parent, you know? She’s my little sweetie. I wonder what she’s doing RIGHT now.

A list of @MLB teams with four players with at least 25 HR:
– The Chicago Cubs.#EverybodyIn @budweiserusa pic.twitter.com/Kjw1xdQz1H

Anthony Rizzo is the 7th player in Cubs history with at least six seasons of 25+ home runs.

Year after they won World Series, Cubs went to the NLCS after a slow start. All I heard about was World Series hangover, & very few were impressed by an LCS run.

Astros then did the exact same thing, nobody said boop. Red Sox are on their way to missing the playoffs entirely.

150 years ago, it took 9 balls for a walk, batters could request high or low pitches, and baserunners didn't actually have to touch all the bases in order.

Can't believe they changed that stuff and ruined my game. https://t.co/ppCfckId7Q

First row in the bleachers at Wrigley? Great.

Getting on TV in your Obvious Shirt? OK, probably not quite as cool as snagging the dinger, but still cool. pic.twitter.com/9m4vDUq5F4