There May Be No Perfect Answer, But It's Time for Another Change at Leadoff
Search
Skip to content 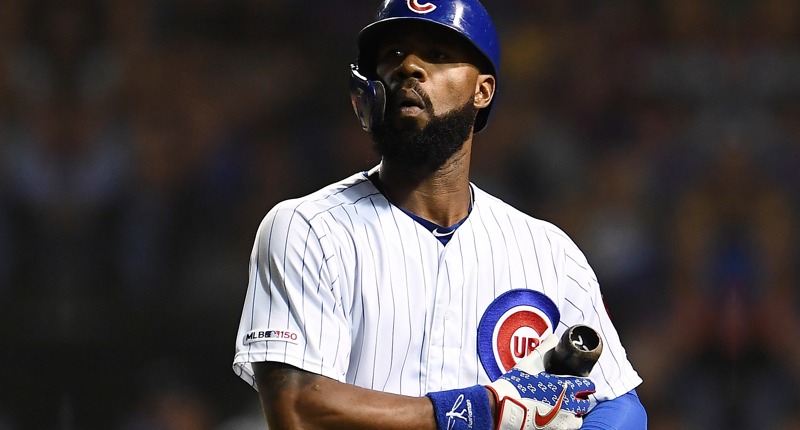 Statistically, viewed as numbers on a sheet with a large enough sample, we all know that players are supposed to perform/produce at the same level in any one specific situation as they otherwise would have throughout their career. And yet, in reality, we know that’s not always the case.

Well, I should clarify: under some circumstances and/or with some players, that uniformity of performance seems to hold true. And yet for others, well, humans are humans. Not everyone is cut out for the 9th inning. Not everyone can take the hill for Game 7 of the World Series. And, of apparent recent note for the Cubs, not everyone can lead off.

Since Dexter Fowler left the team after the 2016 season, Joe Maddon and the front office has tried just about everything to fill the void he left behind, without much success. They’ve played the matchups (Albert Almora Jr.), they’ve tried forcing the issue (Kyle Schwarber), they’ve used it as a slump buster (Anthony Rizzo), they’ve gone with veterans (Ben Zobrist), they’ve gone with rookies (Robel Garcia), they’ve been unorthodox (Willson Contreras), and they’ve tried the hot hand (Jason Heyward). And yet … here we are, three years later, with no consistent answer to the leadoff question.

But it’s not like they can just throw their hands up and call it a day, because someone has to bat first. Lately, it’s been Heyward, much more out of necessity than out of a sense of a perfect fit.

Which brings me to the point of today’s post: it’s time for another change.

Those were Heyward’s leadoff vs. anywhere else numbers before going 0-4 with a walk and two strikeouts last night, which only strengthens the point. It’s time for a change, and it really could be better for everyone, including Heyward, who has always hit a little worse out of the top spot:

For whatever reason – you can try to play armchair psychologist, you can point out tougher matchups (especially later in the game), you can point to the extra at-bat every now and then, whatever – Jason Heyward has hit for a lower average, OBP, and SLG when he leads off than when he does not. Perhaps it hasn’t always been as dramatic as it has been this season, but, well, it’s this season right now, so let’s not keep square-peg-round-holing this thing.

Ideally, a move to another player would (1) improve the production the Cubs have gotten out of the leadoff spot this season (though that’s obviously no guarantee, as the spot has been a black hole all year) and also (2) shake Heyward out of the rut that has begun spoiling what was previously shaping up to be a really nice freakin’ season offensively. (Note: the guys at Cubs Insider got to this topic a little earlier than us, so if you want to check their perspective out, too, it’s a good read.)

The risk in making a swap, of course, is that Heyward doesn’t bounce back in his new spot (likely batting 6th again), and the new guy gets ruined, too, but it almost literally cannot get worse for the Cubs at the top …

But what are the options? Well, there aren’t many great ones. I get that.

Based on my experience with Joe Maddon, I won’t be surprised to see Ben Zobrist up there immediately upon returning this September when he starts, and I think when he’s not in the lineup, the Cubs could probably give Ian Happ a look. He hasn’t been perfect since his return to the Cubs from Triple-A, but he does have a 109 wRC+ built primarily on a 12.9% walk rate and a vastly improved 24.7% strikeout rate.

And if deployed primarily against right-handed pitchers, Happ could bring a 14.8% walk rate, 19.7% strikeout rate, and a .344 OBP to the leadoff role (plus a little speed, to boot). I have very little confidence that he or Zobrist, for that matter, are definitely going to be the answer the rest of the way, but that’s no reason not to try, especially when the current solution is not working for the player or the team. Also, both guys have done it before.

But whatever. It doesn’t have to be one of them on a dedicated basis, but something does have to change. And until Joe Maddon concedes to permanently moving a guy like Anthony Rizzo or Kris Bryant there, the Cubs will probably continue dealing with issues and inconsistencies at the top of the lineup.

Then it will once again be a huge offseason talking point …