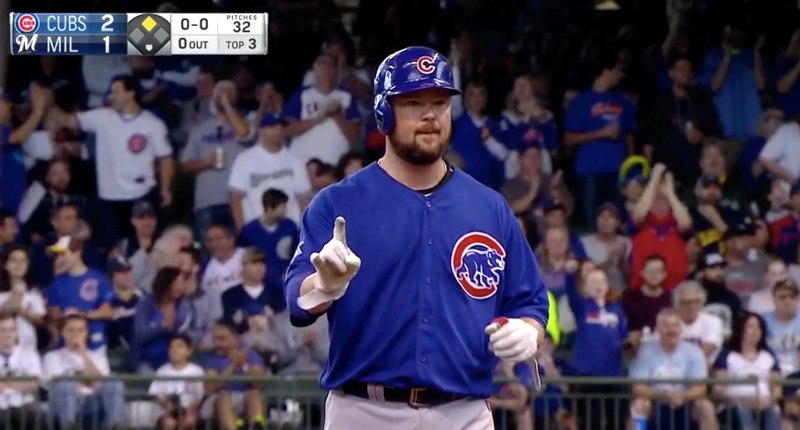 I was starting to write up Addison Russell getting domed, but then he actually wound up going to first base after a five minute delay. And so I was still gonna write that up, but then he stole second base on the first pitch after that. Then David Bote did a thing, and Jon Lester, and I was like, OK, I guess I’ll just share it all.

So here’s Russell getting domed, which looked awfully scary:

Addison Russell got drilled in the head. He is back up on his feet but this was scary pic.twitter.com/BJ87eb6wG4

And then here’s David Bote singling, with Christian Yelich throwing it away and allowing Russell to score:

And then here’s Jon Lester following with a double to score Bote: