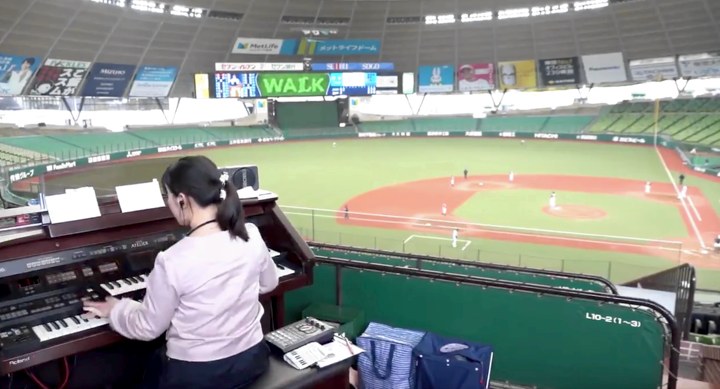 Although we’re primarily here for MLB (and NFL and NBA), in the time off the Coronavirus, there’s a pretty clear interrelationship between what is happening with other sports and what will ultimately happen with MLB. As we saw when things quickly shut down two weeks ago, there’s a pretty clear follower effect when it comes to sports, and understandably so.

For that reason, I want to note a few non-MLB sports timeline items, as they provide some context for what might happen with stateside baseball if and when the outbreak has peaked in the US …

there was baseball played last night in japan (and south korea), as former braves’ top pick carter stewart made his debut against top-level hitters… he struck out five in five one-run innings, including this 95.7-mph fastball to end the first for @hawks_official: pic.twitter.com/50Aos4VNVX

There were no fans, but the organist was doing her thing at MetLife Dome https://t.co/hmTvCauIw0

A new possible NPB Opening Day being discussed is Apr 24, or later. The game scheduling and possible post season truncation depends on whether Summer Olympics go ahead as planned. The latest opening day in NPB history is Apr 14, back in 1973 https://t.co/QKjjjvGrLG #npb