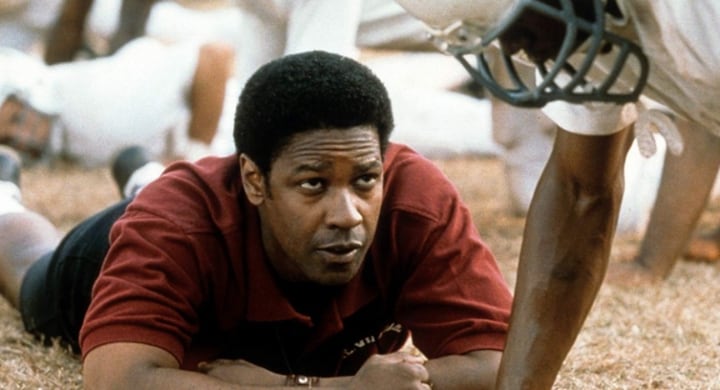 Who doesn’t remember and love Remember the Titans?

Based on a true story, Remember the Titans covers the story of African-American coach Herman Boone and his attempt to integrate a high school football team in Virginia in 1971. It’s extremely fun, very quotable, and easily one of the best sports movies of all-time (I will hear no arguments). It also got the third most votes (40) of any movie in our poll, behind only Major League (50) and The Sandlot (49).

Needless to say, Remember the Titans was another critical and cultural success, earning $136.7M world wide on just a $30M budget.

As for the impact of the movie … Remember the Titans came out in September of 2000, when I was just 8 years old and I remember it being one of the first serious lessons I got about race relations and black history in the United States. I, of course, have no authority on the matter, but I still believe it does a good job of introducing serious, difficult, and important topics to a younger audience without polishing things beyond usefulness. Heck, there are even some inclusive lessons on sexuality, if I remember correctly.

And, of course, there’s some awesome football action throughout this movie, particularly on the training/montage side of things.

As for some of the factual inaccuracies, here are some of the more interesting ones (Warning: some are disappointing) …

It’s not Cubs v. Brewers in game 2 of the 2020 regular season, but at least it’s something.

And if you sign up for a free trial right here, you'll support @BleacherNation in the process!

And Ryan Gosling as Alan Bosley (apparently I totally blocked this out).