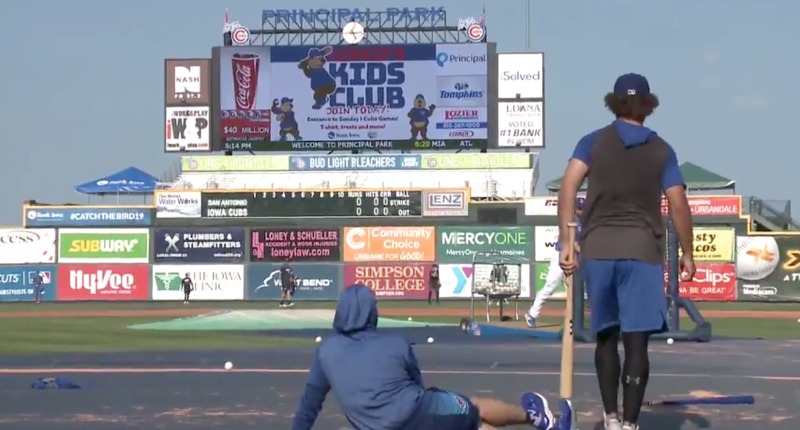 The sports world has seen a lot of tough should-have-been days come and go, and today marks another: today should have been the start of the minor league baseball season.

It’s a hard one not only because of the joy that following minor league baseball can bring, but also because of the overall uncertain state of the entire minor league system thanks to the combined forces of the COVID-19 shutdown and MLB’s pre-existing efforts to reduce and reorganize farm systems.

Jesse Rogers writes about the state of minor league baseball, and it is an important read. Unlike MLB, there is no version of a minor league season that makes financial sense with teams playing in empty stadiums, throughout the minor league levels, across the country.

And since full crowds at games any time soon seems implausible … what happens to the minor league season?

Will there be minor league baseball in 2020? Here are the best and worst-case scenarios https://t.co/LJf8yhhnaX

The range, much like for big league baseball, is wide. In a dream scenario, where fans are cleared by health officials to start attending mass gatherings again in June or July (and want to do so), you could have the minor league season starting then and playing through September – so it would be shortened, maybe a little over three months instead of the typical five. But that would allow for the greatest sense of a “normal” year for those teams, and for developing prospects. And minor league players would receive compensation, low as it may be.

But if there is no ability to have fans at minor league games this year at all? Then there probably isn’t a minor league season, at least not one you’d remotely recognize. Instead only the minor leaguers who could be called upon to serve on big league rosters (expanded or otherwise) would probably stick around Spring Training facilities to stay sharp. (How exactly you pull that off safely with so many people already quarantined into central Arizona and playing at those same facilities? Lord if I know.)

Read Rogers’ report for more, but the long and the short of it is: when it comes to minor league baseball, we should all be rooting hard for incredibly good news in the fight to get our arms around COVID-19. It impacts everyone, and the health concerns are paramount. But minor league teams are small businesses, many of which will be put in permanent peril if there is no season. I really don’t want to see that.

Today has been, and always will be, about the fans.

10 Years at PK Park.
10 Years of Opening Days with fans flooding through the gates.
10 years of silly stunts, giveaways, smiles, laughs, and community.
But the story does not end here, here's to many more! #MiLBAtHomeOpener #MiLB @MiLB @MiLBPromos pic.twitter.com/E33TXZuZS4

Welcome to Virtual Opening Day LIVE from Four Winds Field!Share your photos in the comments section and tell us where you are watching from. Everyone who posts will be entered to win prizes that will be given away at the end of the broadcast.Remember to stay safe, be kind to one another, and let's have a little (socially distant) fun! #MiLBAtHomeOpener #CubsAtHomeOpener

On what would've been Opening Night 2020, we wish to thank you for your continued support, and encourage you to celebrate #MiLBAtHomeOpener with our Opening Night Rewind at 7 PM est on Facebook Live.#MBPelicans | #ExperienceIt pic.twitter.com/4ih59QWOGR

Let's keep celebrating #MiLBAtHomeOpener with @MiLB and spruce up your phone wallpaper! Comment the color, number, and name so your phone can get an upgrade! #JoinTheFun #SmokiesBaseball #SpruceItUp pic.twitter.com/Kk54yOeiBR

Our commitment to our communities never wavers, even in the wake of COVID-19.