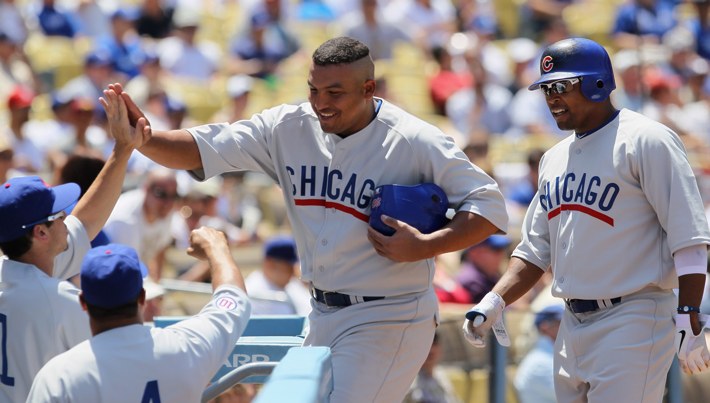 I watched ‘Parasite.’ It was good. And the fact that I still felt like it was good even after all the hype and the Oscar means that, yeah, it’s probably pretty darn good. Once I made sure I was not trying to do two screens, it really isn’t difficult to get so immersed that you forget about the subtitles. Because when I let my eyes wander for a bit over to my phone, it’s like dang it, I have to rewind.

But, anyway, good movie. Lotta different tones woven together very well, thought-provoking, and also just an entertaining story. It’s available on Hulu right now, which I have, because I have the Hulu/Disney+/ESPN+ bundle. You can get it here and support BN in the process.

•   It is only a very general note, but it’s good to know that there may have been some progress on the health and safety protocol discussions:

Clubs and players discussion/negotiation regarding health protocols has been “promising.” Of course both sides have same goal: a safe environment for players. The economic part of the talk will be harder, it is widely acknowledged. 1st MLB proposal thought coming within days.

•  Generally speaking, players seemed to be seeking more testing in the plan, and more flexibility when at team facilities, and perhaps there will be a way to make that happen. The health/safety proposal an the economic proposal are not entirely disconnected – as working humans, part of what we decide is what we’re willing to risk for $X – but it would still be nice to get a health and safety plan in place that everyone is comfortable with before trying to figure out the very contentious economics. That plan is reportedly in place now, but may not formally be submitted to the players until Tuesday.

•   Patrick Mooney on various bits behind the scenes with the Cubs, including the interesting oddity that the rooftops (owned by the Cubs) could actually be permitted to open for fans before Wrigley Field, itself:

Inside the Cubs’ pay cuts, hopes for preseason camp in Chicago and ideas about reopening Wrigley Field (rooftops in Phase 4?) – if MLB, the players’ union and local authorities can somehow make all this work: https://t.co/WvXHRIgNRk

I still think about the time Kris Bryant's homer made Thom Brennaman so mad that you could actually hear him throw his pen. pic.twitter.com/XsjFVTavZk

#OTD in 2008, Big Z showed everyone why he's one of the best hitting pitchers in franchise history. pic.twitter.com/eOqdQWfQCM

•   For his career, Carlos Zambrano was merely a “very good hitter for a pitcher” (.238/.248/.388, 57 wRC+), but he definitely had some seasons where he raked, including two seasons with wRC+ at 127 or higher. The switch-hitting Z was mostly all about swinging out of his shoes, knocking 24 homers in his career, or 24 times as many as Tony Campana.

•   Ian Happ really is having his moment right now:

Thanks to @chicagosplash for talking baseball, business and @mugsyjeans thrilled to be on this month’s cover!

•   There was the usual, initial wave of releases earlier this year as teams conclude, during Spring Training, that certain players are just not going to stick in their organization, but there are about to be a lot more, I suspect:

•   With the plans to contract MiLB by 25% all but assured, and with the pandemic all but assuring a cancellation of anything resembling a normal minor league season, I wouldn’t be surprised if many organizations decide to let go large groups of minor leaguers they do not think will have a place with them next year. Maybe not quite as many as the Orioles did, but certainly some.

•   BN’er Mayo had a loss in his family, and I want to send out much love, and also share the Go Fund Me set up to help support the family.