On the Question of "Aces," The Cubs Don't Necessarily Get a Lot of Consideration Skip to content 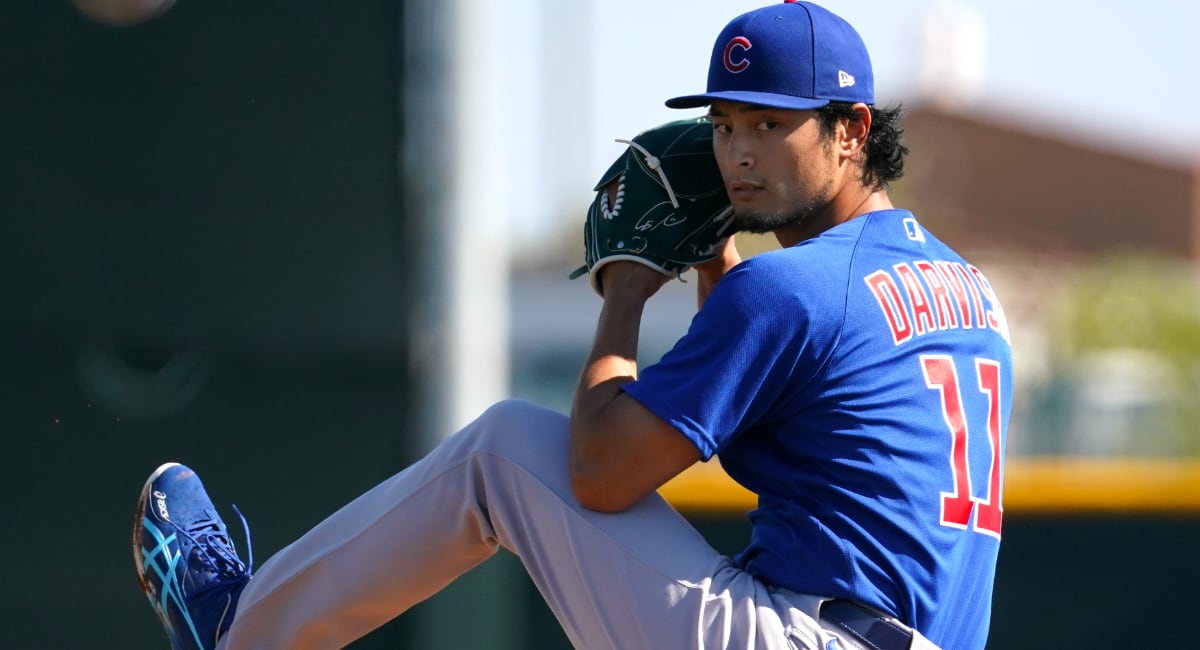 Ah, the “Aces” discussion. I can’t help but enjoy it.

The year the Cubs won the World Series, we could have arguably identified as many as three Aces in their rotation: Jon Lester and Kyle Hendricks (two of the three finalists for the 2016 NL Cy Young award), and Jake Arrieta (the reigning Cy Young champ, fresh off two unbelievably good seasons).

Arrieta ultimately finished the regular season removed from Ace status, but he certainly did meet many of the qualifications listed in the “Ace” tier in a very interesting new piece at The Athletic:

Tier 1 — Aces: The sort of pitcher you build a franchise around. An ace stays healthy during the marathon of the season and pitches well enough to carry the club into October. An ace is the pitcher you want on the mound in Game 7. And you know what you can expect from your ace the next season — more of the same, if not better.

Unfortunately, the 2020 Chicago Cubs will have much harder time making an argument that they have multiple Aces. Kyle Hendricks and Jon Lester are still around, but neither are expected to reproduce their 2016 production (unless that Hendricks velocity bump is real…), Jose Quintana’s going to miss a significant portion of the season, and Tyler Chatwood and Alec Mills are just not in the conversation. Yu Darvish obviously has the stuff (and in the second half of 2019, he certainly flashed the execution), but he doesn’t quite qualify as a definitive Ace by The Athletic’s categorization as of today.

But I’m getting a little ahead of myself, because this is literally the question some writers at The Athletic sought out to answer. In polling 20 front office, scouts, and hybrid industry evaluators, Andy McCullough and Marc Carig tried to group the top 60 pitchers in 2019 by fWAR into four distinct groups:

Tier 2 – Applicants: A pitcher who has the potential to graduate into the elite group but hasn’t quite gotten there yet. Or, perhaps they’ve been at the top in the past, and they’re capable of getting there again. This is an applicant.

Tier 3 – No. 2s and 3s: It is true that applicants may fall into this category as well. The difference is that pitchers in this tier lack the upside to graduate to the upper ranks. Still, they’re a steady presence to anchor a rotation.

Basically, they used a point system based on voting to separate the tiers, and then, for the Ace category, eliminated anyone who was not unanimous. That decision left Major League Baseball with just four true Aces: Gerrit Cole, Jacob deGrom, Max Scherzer, and Justin Verlander. Quite a limited scope.

Obviously, all four belong in the top tier, but personally, I just don’t share The Athletic’s narrower definition of an Ace. I don’t necessarily think there are exactly “30” Aces in baseball, obviously, but four just seems … a bit shy based on what we know about the way these things play out every year. And if you read some of the anonymous responses from the voters, you’ll find similar issues – alongside other problems like Zach Wheeler receiving two votes for ace status and two votes for the Tier 4 status. One guy even voted for Madison Bumgarner as a 2020 ace, and I just think that’s kind of living in the past.

All of which is to prepare you: Don’t get too upset by the various Cubs rankings, because I can tell you upfront, it’s not that great….

You’ll find no Cubs in Tier 2, but you will find a couple of NL Central arms, including Jack Flaherty (Cardinals), Luis Castillo (Reds), as well as four guys the Cubs could see this season, including Shane Bieber and Mike Clevinger (Indians), Jose Berrios (Twins), and Lucas Giolito (White Sox).

That’s six total potential aces the Cubs will face this season, with none of their own at their disposal.

Yu Darvish and Kyle Hendricks both make the cut, and I don’t think their positioning relative to the rest of the league is entirely unfair.

With that said I would absolutely argue against the fact that they “lack the upside to graduate to the upper ranks,” given that (1) they have both absolutely been there before, (2) Hendricks is still only 30, and (3) Darvish was basically doing it in the second half of last season.

But let’s be honest, the league has been sleeping on Kyle Hendricks for years. Among all pitchers with at least 900 innings since his debut in 2014, Hendricks ranks ***8th*** in ERA and 13th in FIP. Yes, both stats are imperfect, but I’m willing to bet most outside of our nerd circle would not have blindly guessed he’s produced so consistently well since his debut. I know perception of “stuff” matters, and maybe he walks a fine line with that mid-upper 80s fastball, but Hendricks has never not performed, so … maybe we show him some respect, eh?

Jose Quintana (1.40) technically received a higher score than Jon Lester (1.35), which may or may not be wrong, though it matters precious little considering the tier. Moreover, Quintana is not yet throwing after slicing his hand earlier this month, and Lester is in what’s likely to be his final year of control with the Cubs.

At one point in time, Lester was probably a Tier 2/borderline Tier 1 guy and Quintana has always had the potential for more, but neither seem to have needle pointing up in the short-term, and I don’t have any arguments with their final placement on this list. The best you can hope for – at least, with respect to Lester – is that in a shortened season, with fewer bullets thrown, he can really let it fly and ride a hot streak for most of the year.

As for Tyler Chatwood and Alec Mills, I actually do love their potential, but they didn’t qualify for the list.