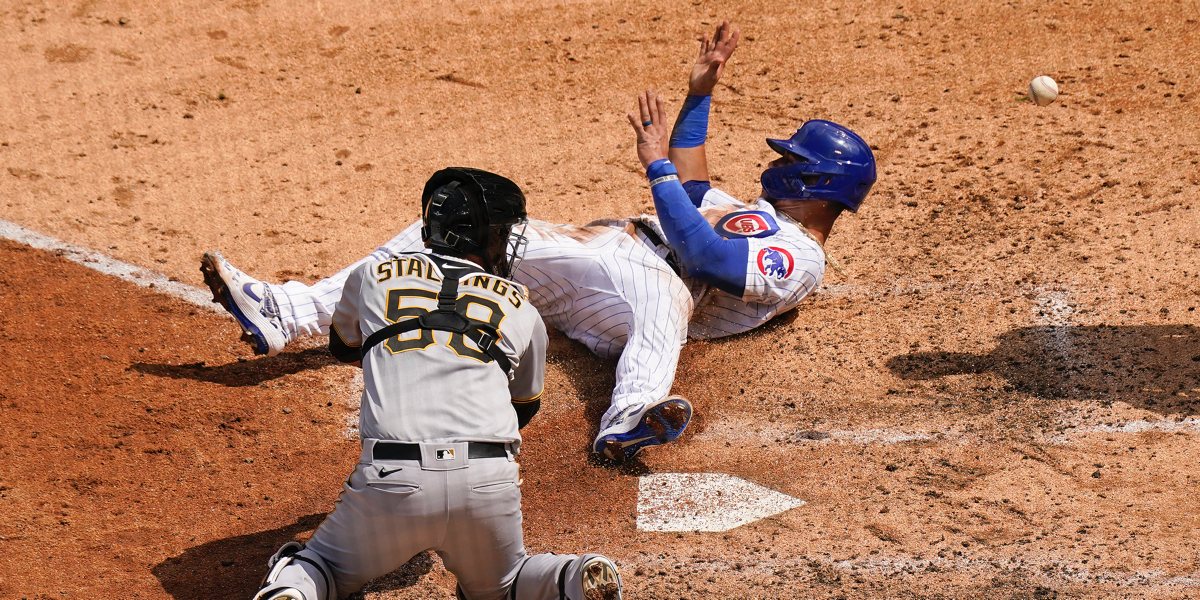 Originally, I didn’t have that “in baseball” part in the title, but realized I didn’t want to get BN sued.

Willson Contreras had himself an adventurous day yesterday. Not only was he involved in the collision at the plate in the 10th inning, but he also played a central role in the Cubs’ solitary run in regulation.

With the Cubs down 1-0 in the 5th, Contreras led off by ripping one to left field, and justifiably presumed it was a double all the way. But a hard carom and a great play in left field later, and he was looking toast at second base:

I am greatly enjoying Willson Contreras's face on his double yesterday, changing in a millisecond from an extremely casual double-all-the-way to an oh-shit-he-got-a-good-bounce. pic.twitter.com/OWsU3FkDwo

Like, maybe he should have pumped the brakes at that moment. But he was already rolling:

It wound up taking a brilliant El Mago-esque slide to turn it into a double:

Thought we recognized that slide. pic.twitter.com/FzxiMW8wLD

Next up, Kyle Schwarber crushed one off the center field wall – another situation where you’re like, this is supposed to have Result X, so I’ll just do that. The problem was that Contreras thought there was a chance the ball would be caught, and was all the way back at second base thinking he might tag up. That resulted in the rare situation where was going to be held at third base, coming from second base, on a sure-fire double.

But, like the headline says, that stop sign from third base coach Will Venable was only a suggestion:

That time, it wasn’t so much a brilliant slide by Contreras that saved his biscuit, but a catcher’s inability to hold onto the ball when applying the tag. Whew. Sometimes that does happen, and you can force the issue with aggressive baserunning.

And I’d criticize Schwarber for not taking third when the ball squirted away, but maybe that, too, would’ve taken a crazy slide and some good luck.