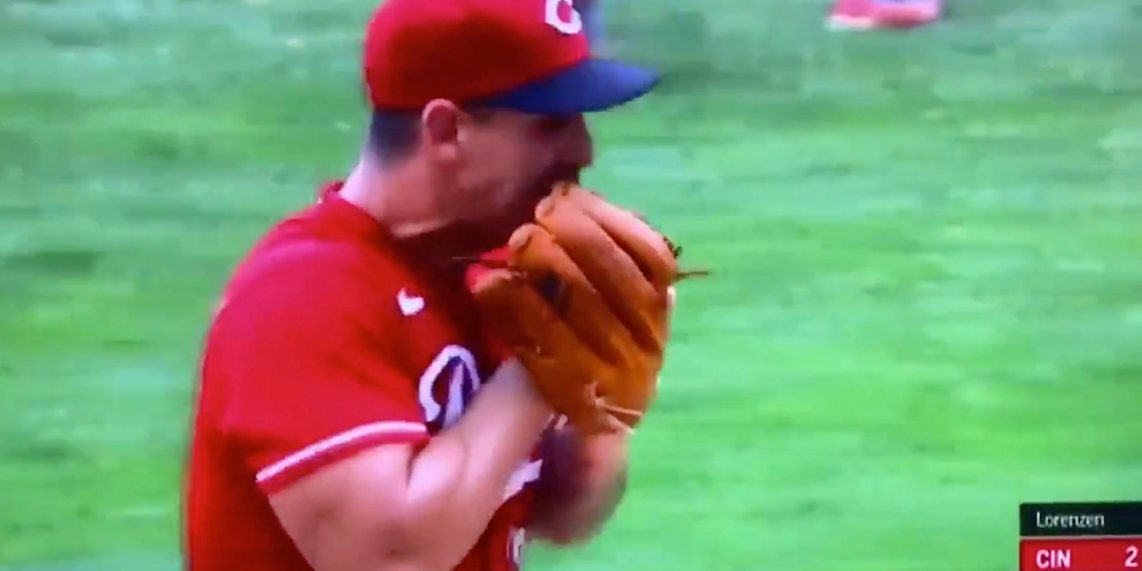 The Reds and Brewers are playing right now, which yields mixed divisional feelings. So I’m not really rooting for one or the other. Just chaos.

And we got a little bit of that just now, as the Brewers rallied in the 6th, the Reds went to the bullpen to bring in Michael Lorenzen with runners on first and third, and the game tied. Lorenzen proceeded to go walk, single (run), walk (run), walk (run), and then was pulled.

It was a horrible outing, which happens, but Lorenzen was especially angry about it:

That’s all the wilder looking knowing that Lorenzen is probably the most ripped player in baseball. I respect the effort to try to put the screams in the glove, though I’m not sure it worked.