Another Quality Start for Jon Lester, Who Has His Ways Skip to content 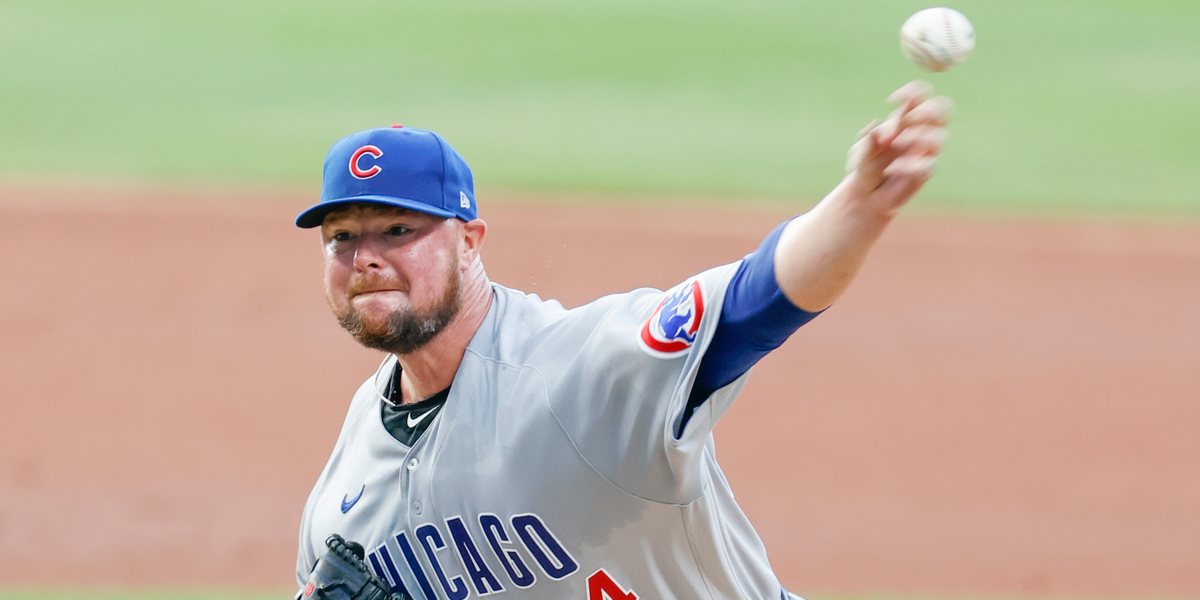 For the last few years, it’s been clear that Jon Lester’s best velocity days are long behind him, and even the sharpness of his “stuff” was likely in significant decline. It’s not a criticism, or even a deep analysis. It’s just the nature of aging. Gets us all.

Yet the results from 2017-19 still had Lester 5% better than league average (95 ERA-), and the sample was not small: 95 starts, 534.0 innings. Clearly, Lester is doing something to continue his success, despite physical decline. And I think we all know that it’s some combination of superior execution of his pitches, excellent command, a diverse pitch mix, great preparation that allows him to adjust on the fly, and sticking to the game plan.

That’s why we’ve now been saying it for years, and it continues on into this season: yes, Lester now allows so many balls in play, but 8 times out of 10, the results are at least pretty darn OK. That can’t just be a matter of the defense happening to step up in his starts. No, it has to be a combination of Lester’s execution – with his defense in mind – and the quality of contact he yields.

That was the case again last night against the Indians, with the exit velocities up a little on Lester relative to his first two starts, but still quite strong – in fact, the only two balls in play he yielded over 100mph were both on the ground: 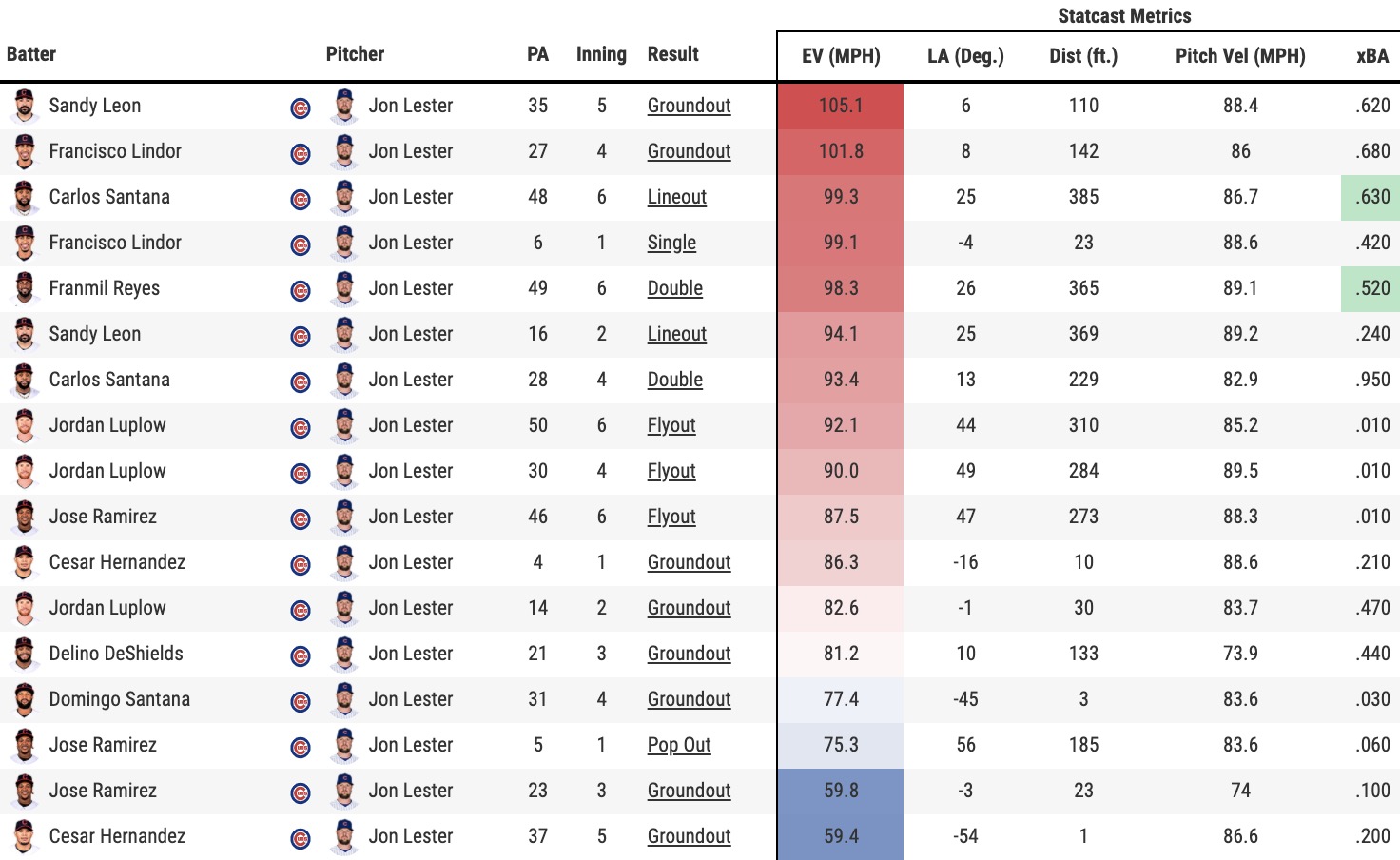 On the night, Lester went 6.0 innings, allowing just one earned run on three hits and two walks. He struck out four, and got eight outs on the ground.

Lester did come into the middle of the zone a whole lot last night, but I’m wondering if the fact that he can throw any pitch in any location in any count, combined with changing speeds and eye levels, means he can get away with a lot of middle-located pitches in the right situations. I’ll have to keep an eye on that.

We know the drill with this version of Lester: some night, more of his balls in play will find holes, and more of those middle-located pitches are going to be hit hard in the air. But, at this point, you can’t say that the overall results he gets are a fluke just because he’s not out there getting tons of whiffs or his BABIP against “seems” too low.

The highlights from Lester’s night, including four perfectly-executed pitches for his four strikeouts: