Some Love in the Bullpen, Schwarber's Decisions, Miller's Debut, and Other Cubs Bullets Skip to content 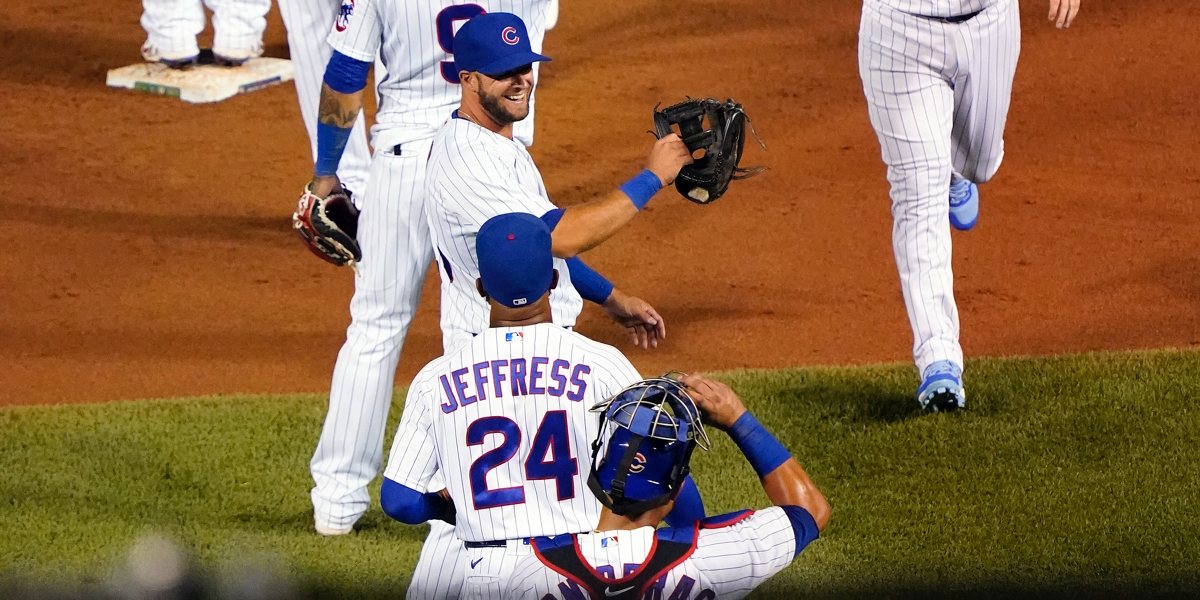 Is there a reason it’s a really bad idea to use coffee pods twice? Like, if I make two in quick succession? Obviously the second coffee isn’t so much a coffee as brown-ish water, but it gives my brain something more to THINK I’m drinking coffee while I write.

•   Jose Quintana is up to four innings (yesterday’s sim game at South Bend), and Theo Epstein told ESPN 1000 yesterday that it would’ve been ideal if he were returning this week, given the other disruption in the rotation and the doubleheaders. Doesn’t sound like that is in the plans for Wednesday, though. We know that Yu Darvish will start tonight and Alec Mills will take one of the doubleheader games tomorrow. Who starts the other is probably a matter of whether Adbert Alzolay is good to go (he took a comebacker off the forearm, which is apparently why Tyson Miller started last night instead of Alzolay). It could just wind up a bullpen game, with Colin Rea once again making the “start.”

•   In striking out three in his inning of work last night, Ryan Tepera threw his 88 mph cutter and 83 mph slider 14 times (I group them together, because they both have that nasty movement). Out of those 14 pitches, the Cardinals swung 7 times. They whiffed all 7 times. He now has a 42.4% K rate on the year.

•   I’m still loving hearing this from David Ross, who had advocated for keeping Dillon Maples in the Opening Day bullpen over Tepera (via The Athletic):

“I don’t have all the answers,” Ross said. “There’s something very powerful in a player trying to prove the manager wrong. There’s also an edge to that. That’s not the angle I was taking, but there are those angles with players, and guys getting a chip on their shoulder. As we’ve seen, (some) guys get sent down and come back better.

“Me and Tep had multiple discussions about him going down. He was as professional as it gets, and a guy that has a lot of experience in a really difficult division in a different league. I made my choice and I’m fine to admit like, ‘Hey, I made a mistake. I was wrong.’ And I’m glad he’s here helping us out.”

•   Thank you to Jeremy Jeffress, by the way, for making that final inning a super quick, super low stress, seven-pitch conclusion. I couldn’t take drama after the Bote blast.

•   Tyson Miller’s debut probably didn’t go as well as he hoped, but at a foundational level, it’s gotta be cool to say that you MADE IT to the big leagues:

In the words of the great Michael Scott, “my heart is very full at this moment” Thank you to the @Cubs for giving me a chance tonight and thank you to my family, friends, and fans here for all your support and messages. 8/17/20 is the day I became a big leaguer! All Love🤘🏽🙏🏽 pic.twitter.com/VKQvkoT4wp

What kind of loser balks in his debut… pic.twitter.com/FYtdx7MJmW

•   Obviously, Miller struggled with his location (10% of his pitches were middle-middle, and he also walked three), gave up rockets that found gloves, struck out none, and of course gave up the two-run homer. There’s no need to sugarcoat a fill-in call-up like that: the results were bad.

•   BUT! You could see the bones in his performance for a future big leaguer. Like Bryan anticipated, the four-seamer (with a little cut) at 94+, paired with a good slider, has the makings of at least a future up-down middle reliever (which is not a criticism! the best organizations have lots of those guys, and get lots of valuable innings out of them). Whether he can be more than in relief depends on whether those pitches play up after a conversion. Whether he can be a big league starter depends on improving the command and making the curveball and/or changeup real weapons. The slider is pretty clearly a big league caliber pitch already, but we know it takes more than that.

•   Ninja Foodi, noise-cancelling headphones, tools, and more are your Deals of the Day today at Amazon. #ad

•   Kyle Schwarber made a couple questionable decisions last night – trying to score from second base on a passed ball, and trying to bunt for a hit in an 0-2 count – neither of which worked out for him. Looking back at the passed ball play again, eh, I really don’t hate the attempt. He caught the Cardinals off-guard when the ball got away again, pressured them to make a play, and he was still only about three inches away from scoring:

•   When Schwarber made the decision to go, it looked like Andrew Knizer had no idea where the ball was. Like, that exact moment. And then Knizer found the ball immediately. I really don’t hate Schwarber’s decision the more I watch it.

•   As for the 0-2 bunt attempt, well, I hated it. It felt like just giving up the at bat in a critical spot (I hated Ian Happ’s subsequent bunt at least as much). But Schwarber’s manager defended the decision (Cubs.com): “I’m fine with that. I encourage players to get outside the box and do things when they don’t feel comfortable. I think, if you watch the two swings before, I don’t think he was seeing the ball off that guy very well. So he tried to get outside the box and help his team.” Fair enough. I don’t agree with the decision, but I am not up in arms about it, based on Ross’s explanation.

Per @SportsInfo_SIS, Cubs are currently 2nd in MLB in Defensive Runs Saved… pic.twitter.com/ah9l6sLXk9

•   Hope Starlin Castro’s wrist heals quickly and well, but meanwhile, this is fun:

Are you a healthcare worker? Front line worker? First Responder? Huge Cubs fan? Or do you know someone who is? Read this now, and nominate someone for a salute during a Cubs game on the radio on the Score. https://t.co/ta7gBUju6g @670TheScore @PatandRon670 #THANKYOU