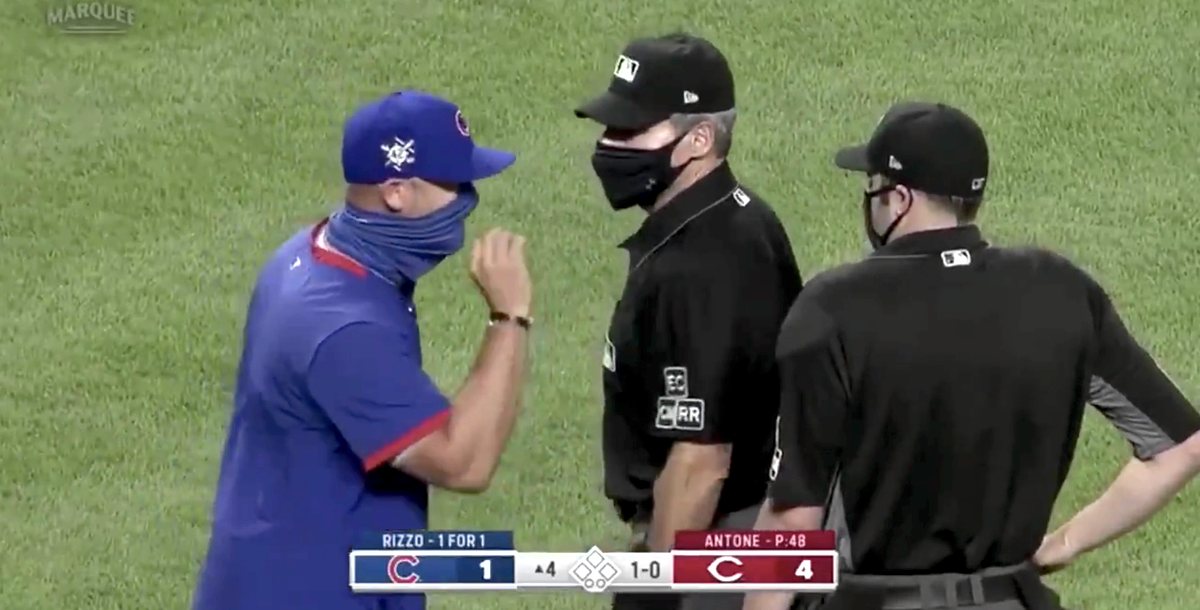 Anthony Rizzo homered twice in Game One tonight, which is necessary background information to what just happened in Game Two.

Rizzo got a 95 mph sent over his head, the Cubs were pissed, warnings were issued, and then DAVID ROSS was the guy who got ejected:

David Ross and at least one more person in the Cubs dugout ejected. pic.twitter.com/T6MJHYY8y1

Someone else on the Cubs’ bench got ejected first, which brought Ross out, and which ultimately got him run, too. Ross was justifiably upset, because if you think that the Reds were throwing at Rizzo, then you’re basically screwing the Cubs by issuing warnings to both teams. The Cubs did nothing wrong, but now if they sail a pitch, they’re the ones who’ll face ejection.

In any case, for Ross, that was career ejection number one.