Cubs Homer Party: Doing Something That Has Never Happened Before in MLB History, No Big Deal Skip to content 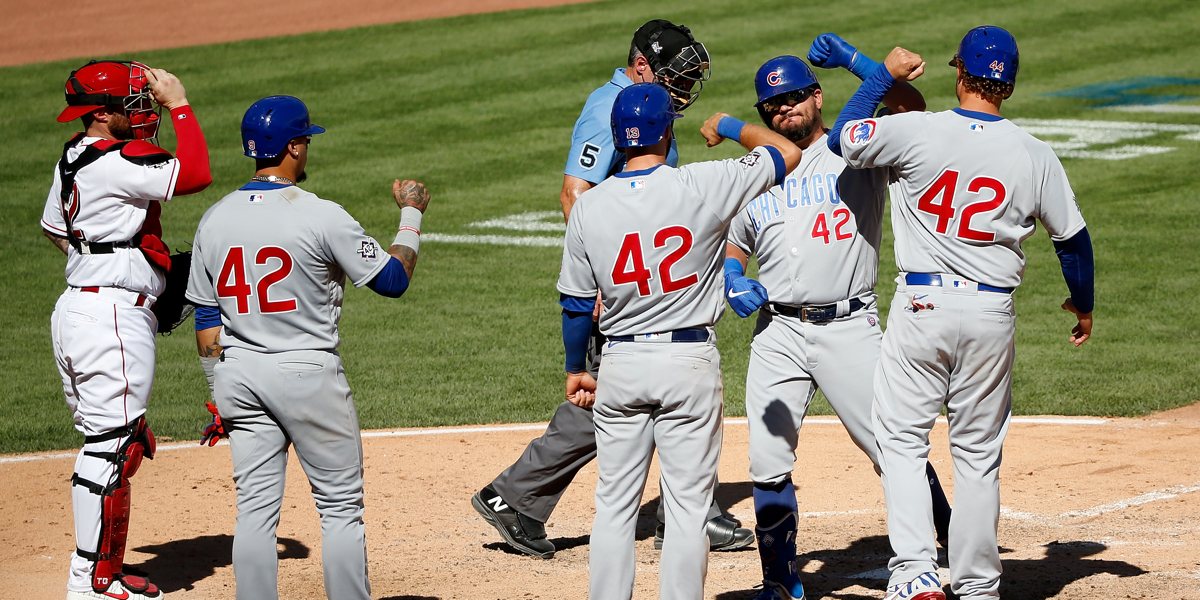 Before the days devolves into a mess of rumors and transactions and hot dogs, I wanted to make sure to really, really underscore just how awesome yesterday’s game was for the Cubs.

We literally saw something that has never happened before in MLB history:

Two homers from each starting outfielder.

Think about all the outfields in MLB history. That’s crazy to me that none of them have ever had a day where each outfielder hit at least two homers.

The six blasts also moved the Cubs, as a team, all the way up from 12th in MLB in homers to 6th, at 51. For Schwarber and Happ, those were their 8th and 9th blasts of the year, leading the Cubs. Anthony Rizzo has 8, and then there’s a group at 5, which Heyward just joined – Javy Báez and David Bote also have 5.

More fun from the Cubs’ homer party, including every single blast from a busy weekend:

Stat of the day: Cubs outfielders have as many home runs today as the Indians do from their OF ALL SEASON.

And that's with 2 games only going 7 innings!

How far did these home runs fly?