Ian Happ Pulled from Game After Fouling a Ball Off His Face (UPDATE: X-Rays Negative) | Bleacher Nation Skip to content 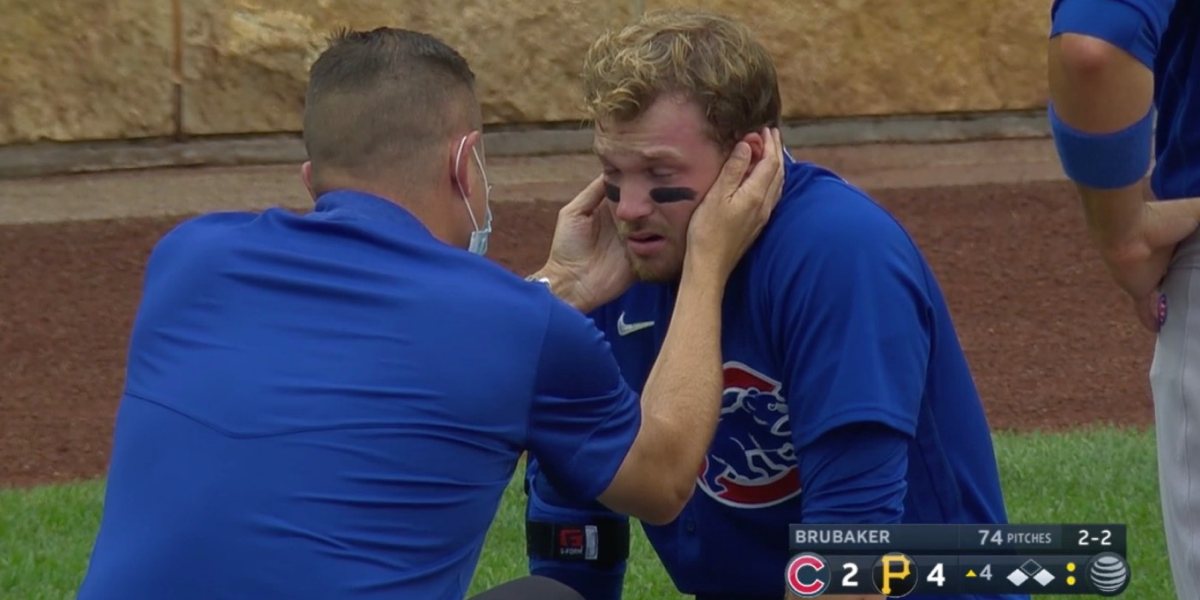 In the middle of another fantastic game, Ian Happ just suffered the flukiest kind of injury. Hopefully very short term.

Battling with runners on base, Happ fouled one off, it bounced back up, and caught him just below the right eye.

Ian Happ exits after a fluke foul ball bounced and hits him near in the right eye in the 4th. Was up and walking around after a moment on the ground. Stay tuned for an update from the Cubs. pic.twitter.com/4vi93J2MZu

Happ’s foul ball off his own face pic.twitter.com/QVll6wJtVw

He went down immediately, and it was unclear whether the primary concern was a concussion, or if he was having trouble seeing out of the eye. Either way, it’s really scary.

After some time with the trainer, it seemed like Happ just couldn’t get the vision right, and he was pulled from the game. We’ll update when available. Hopefully it’s just some mild swelling that wasn’t going to come down in time for Happ to stay in. The last thing you want is his fantastic season interrupted – or worsened – in any way. He’s been dominating.

Some good news for Cubs fans despite a rough game so far: Ian Happ has a contusion above his right eye, X-rays came back negative.