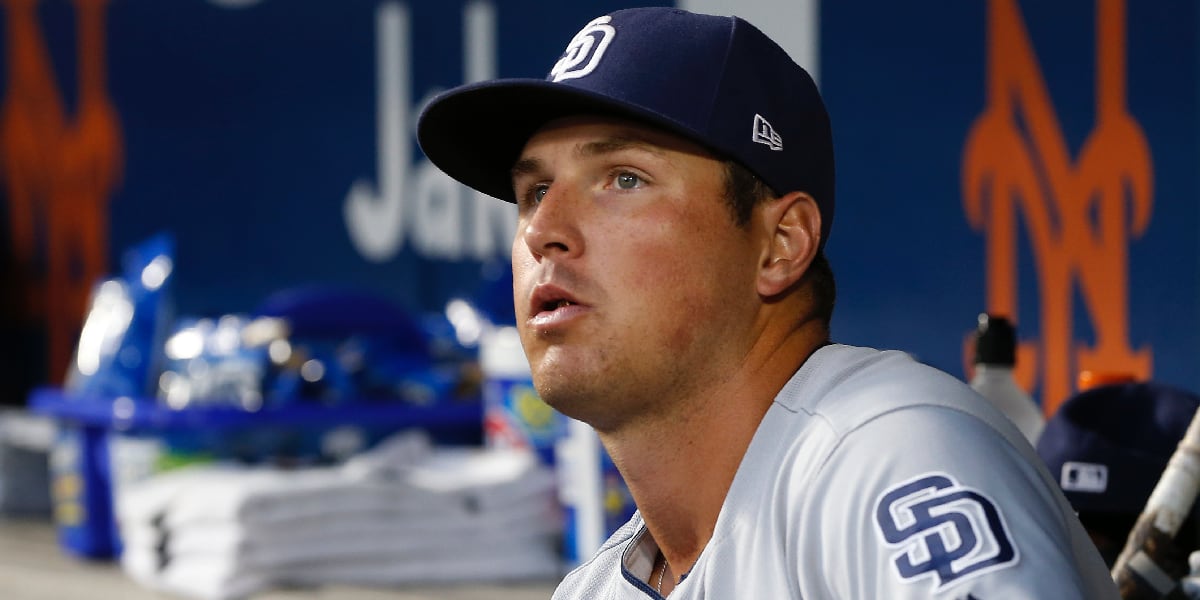 The Tampa Bay Rays announced a series of roster moves, which included designating outfielder Hunter Renfroe for assignment. Renfroe, 28, was about to hit arbitration for the very first time ($3.6 million estimate), so the Rays cut out before they had to pay the bill. They now have seven days to trade, waive, or release Renfroe into the wild.

Given the few moves and rumors we have seen so far this offseason, I’m expecting Renfroe to clear waivers and hit free agency, at which point he could actually be a pretty intriguing pick up for the right team … say, the Chicago Cubs?

Even though Renfroe, 28, is still a fairly young outfielder, he may not seem all that attractive on the surface.

As you can see, he had his best (and only above-average) offensive season with the Padres back in 2018, when he slashed .248/.302/.504 (114 wRC+), but was just about average at the plate in 2019 and well below average in 42 games last season. Moreover, although he sports good power and takes his walks, his strikeout rate is creeping way up there.

However, he’s got a tiny little secret. He crushes left-handed pitching. Like, for real.

Considering that he can play solid enough defense in right or left field (and could prob cover center in a pinch), that’s a very valuable player to keep on your bench. But for the Cubs, whose starting outfield currently employs two lefties and one switch-hitter who has yet to consistently succeed against lefties (Kyle Schwarber, Jason Heyward, and Ian Happ), I’d say he’s an especially good fit.

And remember, the Cubs’ 73 wRC+ against left-handed pitching last season was the WORST in the National League, and third worst overall in MLB. Adding Renfroe to the mix for presumably very cheap could be a no-brainer. Although, the last lefty-mashing Rays player the Cubs added at the deadline, Jose Martinez, was supposed to fix exactly that. Yes, the Cubs could just keep Martinez, but since he’s also heading to arbitration and doesn’t offer much in the outfield, I’m guessing the Cubs will non-tender him, as well, to save the money.

Any Other Reasons? Sure!

If he had a few more plate appearances (enough to qualify), Renfroe’s overall 89.4 MPH exit velocity in 2020 would’ve been exactly tied with Javy Baez among the top-60 in MLB. And going back to 2016, his 89.3 MPH exit velocity ranks 86th in MLB among all players with at least 1,500 PAs.

And indeed, with that and his launch angle in mind, Statcast reveals that his horrible .273 wOBA should have been a slightly less horrible .293 wOBA in 2020 (listen, there’s a reason he’s being DFA’d and it’s not only that the Rays can be cheap).

Hunter Renfroe isn’t the most exciting player the Cubs could target – and I wouldn’t want him as more than a *complementary/strict platoon* bat – but he might be exactly the right fit and price given the, sigh, financial limitations.

(Also, if you were wondering, yes, there are mild past connections here: Renfroe was originally drafted by the Red Sox back in 2010 (Epstein and Hoyer), but did not sign. He was drafted by the Padres three years later, and although Hoyer had since left to join the Cubs, it isn’t unreasonable to suggest that there was still a lot of institutional overlap.)