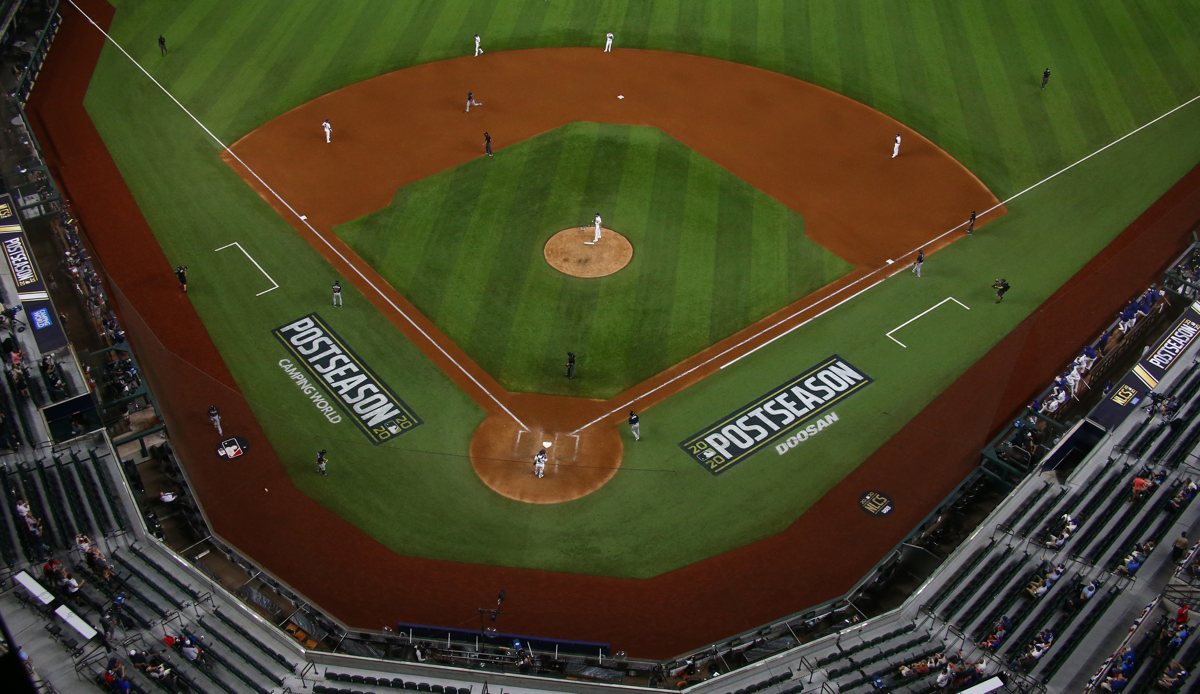 The league and its players must still negotiate about a bevy of topics for the 2021 season before they could stray from the still-operational Collective Bargaining Agreement, with two of the most discussed being the DH in the National League and an expanded postseason format.

Although teams have had to proceed for now as though the NL will once again not have the designated hitter in 2021, most suspect eventually a deal will get done on that front.

Likewise, while the current rules in place would say there will be 10 playoff teams in 2021, it’s a better bet than not that expansion will be coming again. No one wants to see 16 teams again, but the league already had an interest in expanding to 14 teams, and it sure seems like it will probably happen eventually, since it generates substantially more revenues for the sport.

To that end, a big indicator that MLB believes an agreement on expanded playoffs will eventually be reached? Per the NY Post, MLB is already negotiating with ESPN for the rights to the first round of the playoffs – a round that technically doesn’t exist yet.

To be sure, the negotiations – which are tied to ESPN’s overall broadcast contract with MLB – are for the 2022 season and beyond, but they will include a rider that gives ESPN the right to take the expanded portion of the playoffs in 2021 if that happens. So that doesn’t mean it’s a done deal, but it does mean that MLB and ESPN believe it’s a possibility. And once that contract is signed, well, they’ll suddenly have a very, very strong incentive to get a deal done with the players.