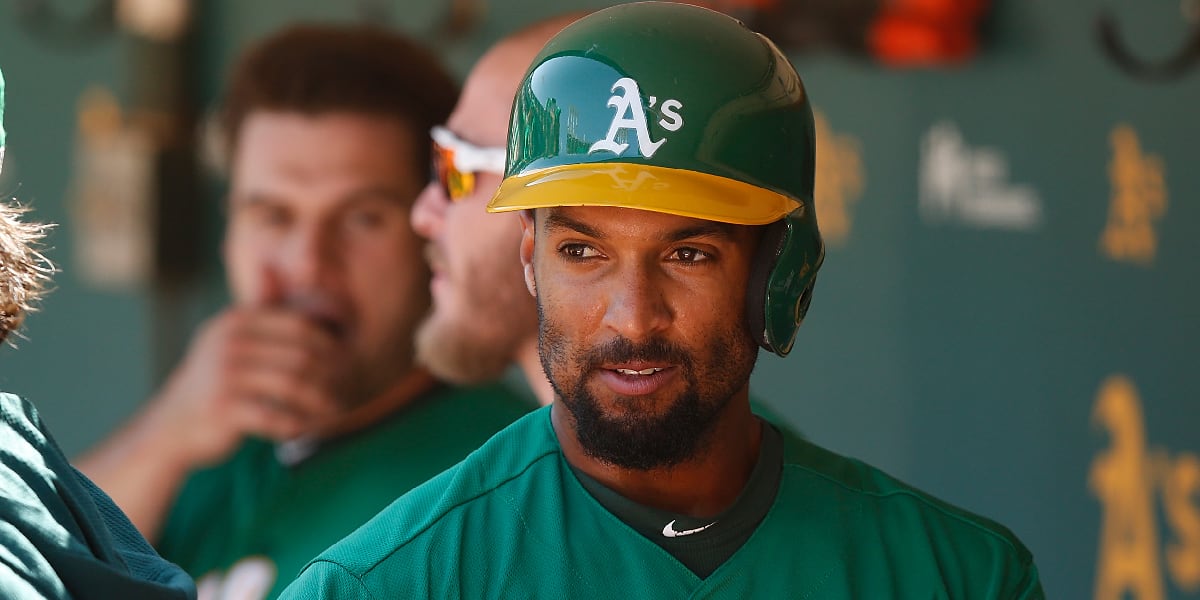 If I were you, I wouldn’t take too much away from the Cubs inclusion among the list of teams who could “find themselves in play,” for free agent shortstop Marcus Semien this winter (Jeff Passan). After all, it’s still relatively early in the offseason (emphasis on “relative” here in 2020), when most discussions are fluid and preliminary, and we know the Cubs are not likely to spend much (if at all) on free agents.

Moreover, while Passan may legitimately have an inside line on their interest, the Cubs were listed alongside 10(!) other teams potentially involved in the Semien sweepstakes, including the Dodgers, Mets, Blue Jays, Phillies, Astros, Yankees, Giants, Angels, Rangers and Tigers. So identifying this “rumor” as anything more than (legitimately) informed speculation would probably be too generous.

But it does raise a question worth discussing and answering … Is Marcus Semien even a good fit for the Cubs?

Had he hit free agency after *that* performance (and before the pandemic/further away from the huge free agent shortstop class of next offseason), he probably would’ve landed himself a monster deal. Unfortunately for him, he followed that MVP-caliber campaign up with another season just below average offensively in 2020, for which he may have been given the benefit of the doubt had it not tracked so closely to his history at the plate:

For the most part, Semien is a great defensive shortstop who’s been 3-5% worse than the league average hitter, with on-and-off power and solid base running skills.

Given the volume of high quality shortstops available in free agency and trade this offseason (and in free agency next winter), Semien probably won’t be given the benefit of the doubt for 2020. His 2019 season will be considered an outlier, and the market competition will drive his price down. Whether that price will drop far enough to reach the Cubs is unclear, but it wouldn’t be entirely out of the question *if* the Cubs move on from another infielder this offseason (hold that thought).

MLB Trade Rumors projected just a one-year deal worth $14M, presumably as “bet-on-yourself” approach that could land him more total dollars if he’s able to recapture the magic of 2019.

But if I were him, I’d first see if I could lock up a longer term deal for greater total dollars, because the risk of injury or underperformance paired with being a year older *and* that upcoming shortstop market is a little scary. Even a two-year deal (or one year plus a club option) – to potentially leapfrog next year’s marquee crop – might not be the worst idea.

The Fit for the Cubs

Obviously, the Cubs have a shortstop in Javy Báez, and he isn’t being supplanted in 2021, but there is an obvious vacancy at second base this season (we are aware of Nico Hoerner, but believe his bat needs more time to develop in Triple-A). Also, remember, Báez is under control for just one more season (so Semien can be seen as a multi-year play). And all of this is without commenting on the fact that Kris Bryant could certainly still be traded this offseason, opening up third base *and* second base in either or both of the next two seasons (again, not to mention shortstop eventually thereafter). David Bote will still be around, but it’s not a lock that he’ll be viewed as an everyday starter at either position.

All things equal, you prefer to keep Báez at short, but in both the short and long term, there could be at least two infield spots open in Chicago, which could more than accommodate an up-the-middle glove like Semien. He could presumably play second base or third base this coming season, depending on the need (he’s played each position in his younger days, only since sticking at shortstop because he was dang good there).

But how about on offense?

Overall, Semien’s offensive career has been mostly fine (there’s nothing wrong with a league average bat when you play above average shortstop defense), but his 2019 breakout was largely supported by the quality of contact (.367 expected wOBA versus a .373 actual wOBA). We’d have to dig deeper to fully understand the context here, but in 2019, Semien walked more than ever, struck out less than ever, and made the hardest contact of his career. Perhaps some grace can be given, then, for the oddities of 2020. It’d be more than a bit of a gamble to hope he returns to that 2019 form, but I wouldn’t be in the least surprised if he was better than his career marks.

And as an aside, I always prefer a player who’s *actually* pushed the envelope of his ceiling/abilities. And for a Cubs team that needs *impact* in the lineup, you might as well take a swing like this, when that upside is legitimately reachable.

But here’s the thing … even if Semien doesn’t come anywhere near his 2019 offensive performance, he could still fit this offense nicely. I’m sure I don’t have to remind you, but the Cubs offense ranked 28th against left-handed pitching in 2020, with an atrocious 73 wRC+ overall. And if the Cubs trade Kris Bryant this offseason (134 wRC+ against LHP in 2020), or another one of the core right-handed hitter, that could get even worse.

But Semien, a righty, has pretty much always succeeded against southpaws:

That’s a career 121 wRC+ average against left-handed pitching (meaning he has been 21% better than the league average hitter against lefties in over 1,000 PAs for his career).

Throw in the fact that he is generally a high-contact guy who takes his walks, and his is a bat you’d love to have in the lineup.

So Where Are We?

The way I see it, Semien’s ability to play up the middle could be a positional fit for the Cubs in 2021 and beyond (regardless of what happens with Bryant, Báez, Bote, and Hoerner). I think his expected price tag should be sufficiently low that the Cubs could be involved (even despite everything we know about their financials). And I think his offensive *upside* displayed in 2019 combined with his floor as a lefty-crusher makes him the right type of piece for this team.

All things equal, I’d rather see the Cubs explore a longer term deal for the 25-year-old Ha-Seong Kim, whose upside and potential longevity with the Cubs is arguably much greater, but Semien would hardly be an imperfect fit for the Cubs.

So seeing as they’re listed among the 11 potential suitors, I think I’ll start paying closer to attention to his market.