Jake Arrieta to Throw for Interested Teams Next Week - Should Cubs Take a Look at an Old Friend? Skip to content

Jake Arrieta’s best years are likely behind him, having spent them with the Cubs as one of the most dominating pitchers in baseball. Nothing can ever change that period of time, when Arrieta became appointment TV. Dang that was so much fun.

Now a free agent again after a mixed post-Cubs stint in Philadelphia, Arrieta will reportedly throw for interested teams next week as he looks to find another gig for his age 35 season:

In all likelihood, Arrieta will be looking at a minor league deal where he feels he’s got the best shot at winning a rotation job, and given the situation with the Cubs, you’ve gotta figure there might be interest. I don’t know what the state of the relationship is after the Cubs more or less chose Yu Darvish over Arrieta a few years ago, but on paper, there’s a low-cost, no-risk fit here.

The rub, of course, is that Arrieta’s performance has disintegrated as he’s aged. I would speculate that, as many suspected could happen, it gets harder and harder to sustain such a complicated, crossfire delivery when the body ages, which would further degrade Arrieta’s command. That, in turn, causes a cascade of other issues, and the numbers lately have born out those deep struggles: 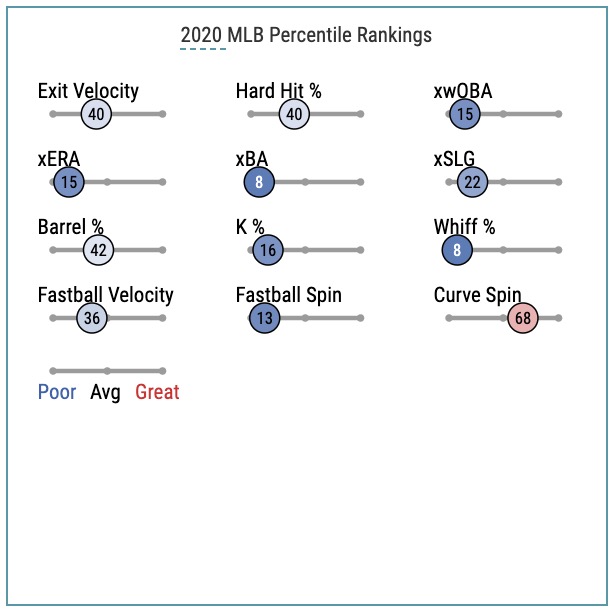 In order to succeed in 2021, I’d think Arrieta would have to (1) be healthy (his season ended early because of a hamstring strain), and (2) reinvent himself a bit. There were reports and visuals that suggested he was trying to rework his delivery a bit last year, but obviously – at least in terms of the results – it didn’t take. Maybe that’s why he’s throwing for teams next week? To show what his delivery looks like right now?

As for whether Arrieta might wind up a bullpen arm, I’m not sure how that would play. His success was largely tied to a broad pitch mix, as well as killer stuff/velocity that he’s since lost. Maybe in bursts, and reducing the pitch mix, he could get some of that back? Hard to say for sure. I tend to think he’d still be viewing himself as a starting pitcher, and teams would probably love for him to be able to continue succeeding in that role when they’re going to need 6-7 full-time starters this year to get through the season.

Some team will sign Arrieta at least to a minor league deal, without question. Yes, he’s been way down lately, but if he’s healthy and he looks good enough next week, you take a chance on a guy who works as hard as he does, has had as much past success as he has, and who offers a chance at reinvention. I wouldn’t hate if it were the Cubs, given where things stand. They definitely need pitchers.

If Cubs are going to fill out the rotation with flyers at this point anyway, might as well bring back an old friend to compete for a job … pic.twitter.com/C3hjEPw9Yw