Brewers Reportedly in on Jackie Bradley, Jr. Skip to content 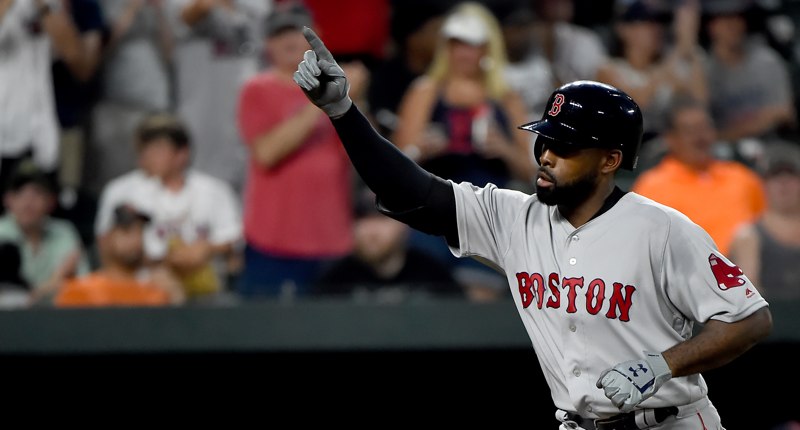 The best remaining positional free agent, outfielder Jackie Bradley, Jr. is likely waiting for the right deal at this point, rather than scrambling just to get into camp somewhere.

The 30-year-old center fielder is coming off a great year at the plate, and since he turns 31 in April, you can understand why he’d want to try to maximize his take this year, rather than sign a one-year pillow contract to try again next year.

But if the market is still soft for him in the coming days (weeks?), might a surprise club jump in? A club like … the Brewers:

This has to be either Bradley’s agent (Scott Boras) trying to move the market, or it’s just the Brewers hoping they can get a cheapo deal and figure the rest out later. At present, the Brewers have three clear outfield starters in Christian Yelich, Lorenzo Cain, and Avisail Garcia. But then again, the depth behind them is dodgy, and if there winds up being a DH after all, then there’s easily a way to incorporate everyone (and get yourself an absurdly good outfield defense in the process).

I’d be surprised if the Brewers actually got something done here, but again, if Bradley does wind up taking a smaller, short-term deal? The Brewers jumped on Kolten Wong, so why not?