WATCH: David Ross Gets the Boot for Arguing Balls and Strikes Skip to content 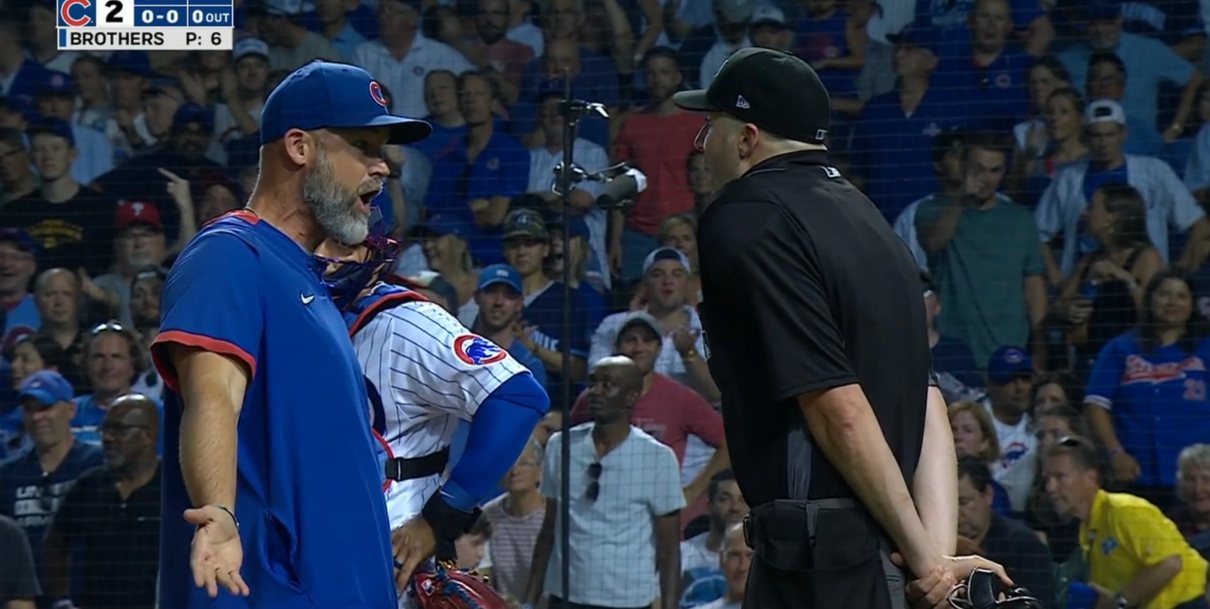 The tensions. They are high. The frustration. It bubbles over.

In a tie game, with the Cubs trying to end a 9-game losing streak, manager David Ross took issue with a 3-2 pitch called down in the zone for a leadoff walk to Bryce Harper in the 6th inning. The pitch was, in fact, down, but Ross was hot. And it was probably the accumulation of a lot of other incidents – from other games – leading to him just saying eff it, toss me:

The whole interaction as David Ross got ejected for arguing balls and strikes on a full-count walk to Bryce Harper pic.twitter.com/iBLj9EGonP

David is mad. I get it. We’re all mad. We all want someone to yell at right now.

Turns out, the walk really was pivotal, since Brothers gave up a double to the next batter, scoring Harper from first.