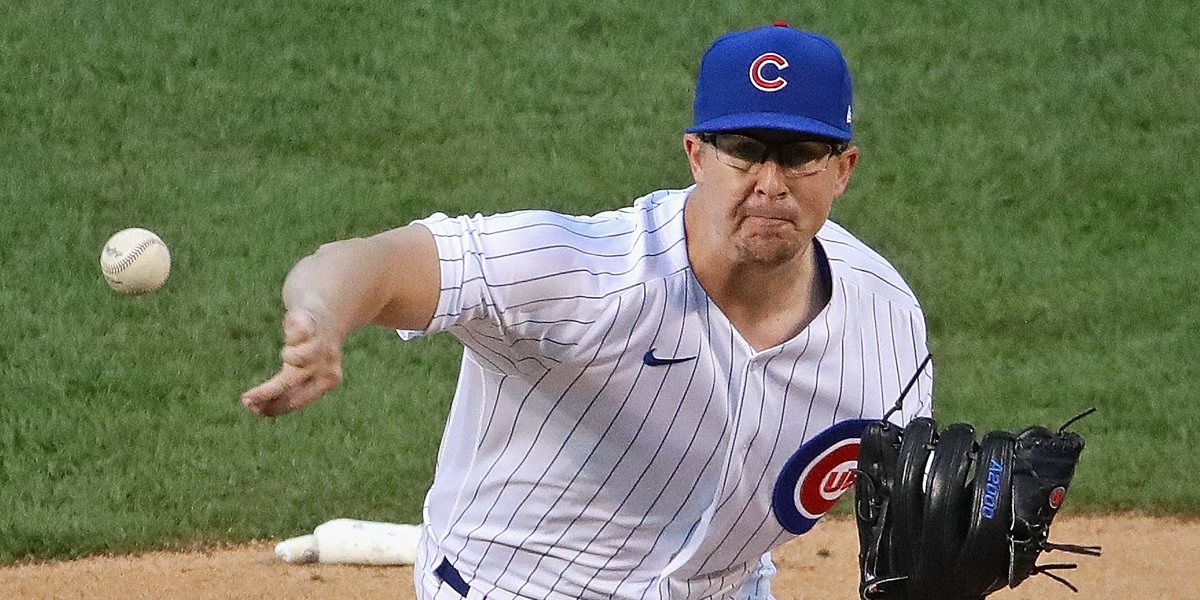 •   A hyper-specific, but nevertheless-wild stat from Cubs.com: “[Alec] Mills worked 5 2/3 solid innings, giving up two earned runs and one walk. He’s the first Cubs pitcher to make 12 straight starts in a single season with three or fewer earned runs and two or fewer walks since Hippo Vaughn did it for 13 consecutive starts from May 3-June 22, 1919.”

•   That’s every start Mills has made this year, by the way. To be sure, some have been very short, but when a guy isn’t walking anyone and isn’t getting hammered over about five-ish innings, we’ve seen how useful that can be (i.e., it’s what Zach Davies is supposed to be). If the Cubs could lock in this guy for next year in the rotation (completely with an ERA and FIP around 3.30), they would GLADLY take it. Mills, who turns 30 in November, is not eligible for arbitration until 2023. What a find he’s been for the Cubs, who originally acquired him in February of 2017, swapping their 2015 second round pick (Donnie Dewees) for a guy who’d seemingly stalled out at the Triple-A/MLB border with the Royals. The Cubs don’t get credit for “drafting and developing” a guy like Mills, but why isn’t targeting him in trade and the developing him to this point just as impressive?

•   Weirdness, though: Dewees wound up returning to the Cubs organization two years later in a trade with the Royals for 2016 8th rounder Stephen Ridings, whom the Royals released last November. Ridings, now 26, signed a minor league deal with the Yankees, dominated at Triple-A, and just made his big league debut this month. Through four innings, he has allowed just one earned run on four hits and no walks, and has struck out six. So that might wind up being an oopsie for the Cubs and the Royals. Dewees, for his part, unfortunately suffered a torn ACL, so he’s missing this year after missing the pandemic season. It’s TBD what happens to him next, but the soon-to-be 28-year-old now has the profile of one of those older guys with a weird trajectory who then suddenly breaks out as he approaches 30. To be sure, those outcomes are very rare! I’m just saying that Dewees now has the background and story of the kind of guy the Cubs have been targeting the last two years.

•   Speaking of those types of guys, and how a couple of them should relate to the roster going forward:

In other words, if you’re going to roll with the huge risk of saying “yeah, we’ll let these guys be starters at key spots,” you better be using the payroll advantage there to actually spend aggressively on the rotation and in the outfield, for examples.

•   I’m ok with giving those two guys (and/or Rafael Ortega and/or Michael Hermosillo) some space to become regulars in 2022. But it better come in tandem with thoughtful, targeted, and aggressive spending elsewhere on the roster, even if it’s short-term. The benefit of having guys like that group show a little something is that it gives you the option of taking financial risks elsewhere on the roster.

•   The Iowa Cubs took a no-hitter into the 9th inning last night, which would’ve been their THIRD no-hitter this year (one was seven innings, and the other was nine). No dice, as Matt Swarmer gave up a hit in his third inning of work. Still a great night of pitching, kicked off by 4.1 perfect innings from Keegan Thompson (much more farm goodness from Bryan here). He’s now up to 61 pitches, and it’s conceivable his next start could come with the big league Cubs, especially given the four-man rotation up there at present. It’s also possible the Cubs want to see him get past the 80-pitch mark before bringing him back up to start. So we’ll see.

•   By the way, Thompson’s trajectory has been eerily similar to Justin Steele’s: reaches Double-A in 2018 after dealing with injuries – and before dealing with more injuries – and gets very few innings in 2019. Then goes straight from Double-A in 2019 to the big leagues, as a reliever, in 2021. Gets exposure to big league batters, does very well, and then heads to Triple-A to stretch out, where he dominates. It’s still TBD whether either guy will succeed long-term as a big league starter, but I’m kinda loving the development trajectory for a couple guys who otherwise could’ve really been mucked up by the injuries and the pandemic. As we’ve said before, it’s possible the Cubs like this expose-them-first-as-relievers approach, but have never had the pitching prospects with which to do it!

•   Steele makes his second big league start tonight in Cincinnati, rarely a kind location for Cubs pitchers. Good luck to him. His first start against the Brewers was a really interesting one, as he was pretty clearly shooting for early-ish contact off of his sinker-slider, but then wasn’t really able to miss bats later on with his four-seamer and curveball. Overall, a successful starting debut, but you could also see the development process playing out.

•   Back to school gear, water bottles, and more are your Deals of the Day at Amazon. #ad

•   It was unquestionably a great move on paper to accumulate stud relievers for the stretch run and the postseason, but the White Sox are clearly having some trouble maximizing the actual performance of Craig Kimbrel and Liam Hendriks in tandem:

Tony La Russa defended his closer Liam Hendriks today. The Hendriks-Craig Kimbrel situation should keep us on our toes for the rest of the season. @jrfegan with the story: https://t.co/zib9pZfSB0

•   Still have a month and a half to figure it out before the postseason. To me, the answer was pretty clearly to make Kimbrel the closer, since he was the best reliever in baseball at the time of the trade and was the one you had to incorporate from the outside into your world. Which isn’t a shot at Hendriks, who is an absolute stud. But Kimbrel is better and has been a closer for his entire career. Hendriks pitched as a setup man for years.

•   Meanwhile, the Cubs wouldn’t have had much use for Kimbrel these days anyway. Today marks a second opportunity to reach the longest losing streak of the rebuild: