This November Already Feels More Active Than Recent Years - Is That Accurate? And If So, What's Up? Skip to content 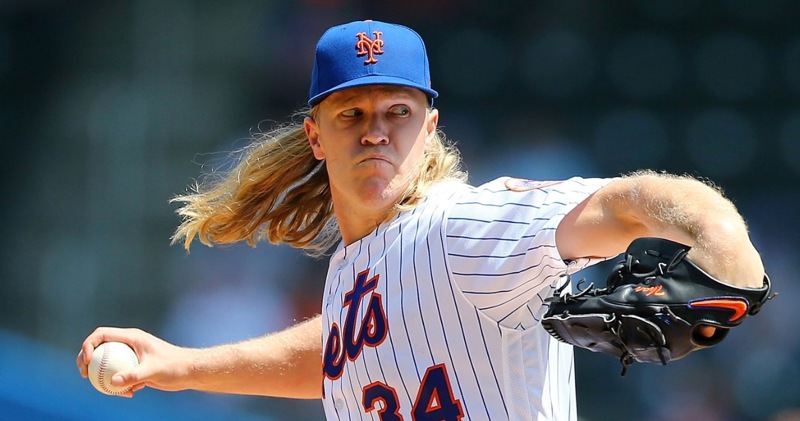 Even if there weren’t extra considerations this year with the expiration of the Collective Bargaining Agreement on December 1, I’d still be noting that this has already been a much more active first couple weeks of November than we’re used to in recent baseball years. It just felt like it had been a really long time since we were seeing really significant signings before November 18.

In my head, I kept thinking about a certain signing that happened “back in the days when November was more active.” For whatever reason, it was just a particular checkpoint that I’ve got stuck in my mind as exemplary of “how things used to be.” It was the Blue Jays signing catcher Russell Martin, which we followed very closely throughout the rumor season because the Cubs had also been very involved. Remember that whole thing? That, in my mind, feels like the last time things really got hot in early November and you saw lots of signings mid-month.

I was right about the pursuit and the timing of the signing – it was actually today, November 18, when the final deal came together, and we’d otherwise been tracking rumors for a couple weeks. But the crazy thing is that it was SEVEN YEARS AGO. If I’m right that it was the last time things were really sizzling in early and mid-November, then holy smokes, it’s been a really long time since we saw much movement in November.

OK, but am I actually right? Has it really been seven years since things were active in mid-November, or is that Russell Martin benchmark just (erroneously) stuck in my head?

The next year, in 2015, there were only a handful of transactions in the first few weeks of the month – almost all of them Qualifying Offer deals. Things didn’t pick up until the final few days of November. Then 2016 was a little more active in the middle of the month, though mostly Qualifying Offer-related deals and mid-tier free agents. The biggest signings, again, didn’t really start until the end of the month and then on into December. In 2017, there was bupkis in November. In 2018, bupkis except for some very minor moves and Josh Donaldson’s one-year deal with the Braves at the end of the month. In 2019, you did have two major moves mid-month (Will Smith to the Braves, Yasmani Grandal to the White Sox), but that was it until the final few days of the month. In 2020, thanks to the pandemic, it was once again a nothingburger.

So, my memory wasn’t perfect, but it was pretty close: 2014 was just about the last time we had major runs on notable free agents by mid-November.

Thus, this year stands out.

To be sure, it’s not a new normal or anything, and it’s certainly not like the olden days. Much of what we’ve seen so far is also kinda tied to Qualifying Offer stuff. But still, it’s a lot of major transactions so far: Eduardo Rodriguez gets a long-term deal. Noah Syndergaard gets a huge one-year deal. Justin Verlander gets a monster two-year deal. Andrew Heaney gets top dollar for a buy-low, bounce-back type. Jose Berrios gets a monster extension, which, hey, I’m not quite counting, but it feels like it fits in the conversation. You also have to keep in mind, the Qualifying Offer deadline used to pass much earlier in the month, so there’s a little bit of apples and oranges going on – we could see a lot more activity in the next few days that would really take 2021 to a level we haven’t seen in years.

So, the obvious question: why is this happening? Indeed, why is it happening when things might shut down in just a couple weeks? There’s gotta be a relationship there, right?

To that end, Mark Feinsand spoke with anonymous executives who offered up that, yeah, there’s probably a relationship. Among their comments in his longer piece:

“I think one of the key drivers is the recognition that it will be very tough on clubs and agents to accomplish all of their offseason goals if they wait until a new [Collective Bargaining Agreement] is agreed upon,” a National League executive said. “If there is a work stoppage, then the majority of what remains to the offseason will be limited to a few weeks’ stretch right before the potential start of Spring Training. That outcome would be rough for everyone — players, agents and front-office personnel.”

“I think there are a few teams and a few guys who are willing to pull the trigger if the right deal is there,” a second NL executive said. “There’s no more stress for them throughout the rest of the winter. Uncertainty isn’t great for some folks. My guess is we’ll get a few more [deals] and then it’ll slow down, then maybe pick up again a day or two before the [CBA] deadline. Then, who knows?”

“Because of the pending December 1 date, there’s no reason for players to slow-play an uncertain market,” added an American League executive. “In some ways, I think some players have taken the approach that November is like mid-January in a normal year. It’s time to sign and focus on where you will be come spring.”

Take that all together, and the implication is that there will be some players and some teams that are treating December 1 as a kind of deadline. They want deals done before then – which is not a surprise, since we know that some folks simply crave certainty. Nothing wrong with it.

We could, therefore, see a lot more activity in the next couple weeks.

For the Cubs, though, Jed Hoyer has already said that they are operating as though things will continue as normal on December 2, and said there was no upside in operating as though there is definitely going to be a lockout. We can agree or disagree with his thinking there, but it suggests the Cubs won’t be a team to jump on an early signing *UNLESS* a particular player they really want is about to put pen to paper, and their only shot to get him is right now.