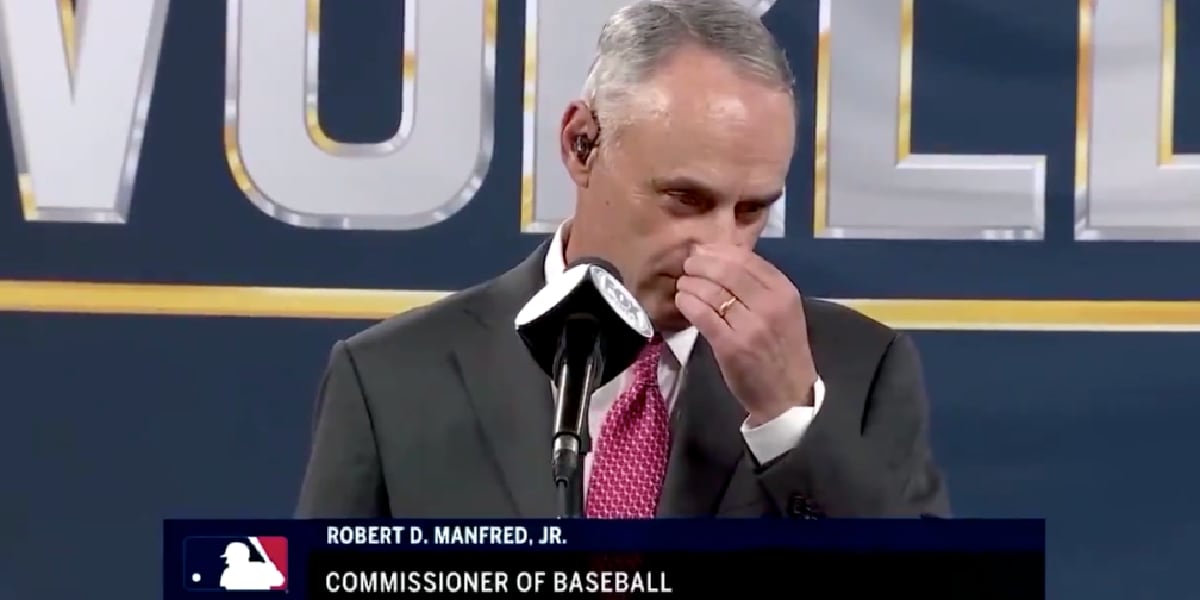 Recently, we talked about how Major League Baseball needs at least 23 owners to vote yes in order to ratify a new Collective Bargaining Agreement. That is a notable point, given that, on many issues, the owners of some teams may have wildly different interests than the owners of other teams. I worried that it was a serious problem that just eight owners could band together and block everything if they were so inclined.

I wonder if that’s a big part of what’s actually happening.

Consider the latest round of negotiating, two days of which have produced barely any movement at all on only a couple issues. Specifically, look at something in the latest report from ESPN: “The league says it doesn’t have the votes to expand Super 2 beyond the 22% who enter the system currently — so the union can ask for any amount above that but it won’t get it.”

We don’t have the votes! Pretty convenient way to avoid engaging on any topic that would cost you some money, eh?

You see, when the players moved from 100% of year-two players qualifying for arbitration in their original offer down to 80%, I thought that was a strong move. And then dropping it further to 75% felt like a step toward getting the owners to come up a little from 22%. You know, each side kinda start chipping away toward something like 35 or 40%?

But at each turn, the topic has been met with that word “non-starter.” Why, I thought, would THAT topic be a non-starter when it’s just a number? Surely you can negotiate on a number that already exists, in tandem with other moves? Surely the whole of Major League Baseball doesn’t think 22% for Super Two is perfect, but 23% is an affront to God and Man?

So this latest report is when it hit me: no, the whole of MLB isn’t saying it will absolutely not move from 22% no matter what. It’s just a handful of teams. Because of the voting setup, it doesn’t take a lot of clubs to block a specific issue. Maybe as few as eight teams believe being able to play the Super Two game, and ensure seven-ish years of control while paying arbitration in only three of those years, is critical to preserving their bottom line.

Then I start wondering what other issues a relatively small group of owners could be saying, flat out, we will not discuss it, and we are willing to lose months and months of the season to protect our position. You can see how this is a potential major problem, yes?

If that is what is happening on key issues including arbitration expansion, let me offer that, (1) those owners suck, (2) that’s hardly the players’ fault, and (3) it’s up to the rest of the owners to figure out a CBA that, when considering other owner-to-owner enticements, gets those intransigent owners on board. For all we know, that’s really what’s being fought here: a group of owners that want to get more FROM MLB in the CBA, and they are using their ability to filibuster to hold up the whole thing. Heck, maybe that’s why MLB has multiple times suggested the involvement of a third party mediator.

I suppose the other potential lesson here is that the players need to find – and the league needs to inform them – the issues where there CAN be substantial movement in the CBA, approvable by 23 of the owners. I’m not saying you give up on arbitration entirely necessarily, but maybe getting a huge move there truly won’t be possible – but you could make up for it by getting big moves on issues X, Y, and Z.

Of course, it would be a lot easier to suss this stuff out if the negotiations were taking place IN F—ING DECEMBER instead of late February, but this was the bed the owners wanted to lay in when they decided to initiate the lockout and then sit on their hands for 43 days of no offers. So don’t take my anger here as frustration on behalf of the 22 or whatever hypothetical owners that do want to get a deal done. My anger is mostly about the players, who seem to be getting a little screwed, and the fans, who are potentially about to get majorly screwed.