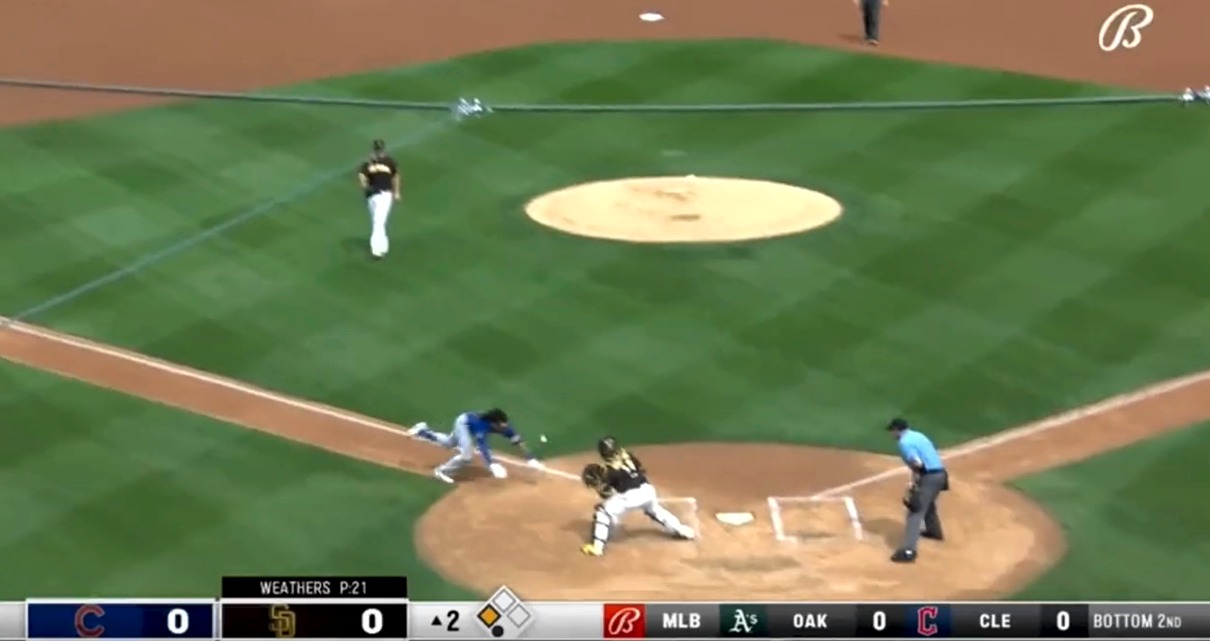 A little league homer in Spring Training. It doesn’t get much more silly than that, and I enjoyed every step of it.

Michael Hermosillo showing off his power-speed combination on this one, with a double to the gap that turned into four bases thanks to the oopsie out there:

Careful there, though. The relay throw went off Hermosillo’s head!

Hermosillo, 27, was a breakout player for the Cubs at Triple-A Iowa last year, but didn’t get a chance to show it off in the big leagues, thanks in large part to an ill-time hamstring injury and the presence of Jason Heyward. He is out of options and on the roster bubble this spring – here’s hoping he actually gets a chance this time.

Ross, this morning on Hermosillo:

"Real power. A guy that has hit some lefties in the past. He had a really good season last year."

In 1st: Hermosillo sends pitch into LCF gap off lefty Weathers. Error by Azocar in CF paved way for Hermosillo to pull off a Little League homer.