Today's Cubs-Dodgers Game Has Been Postponed Skip to content 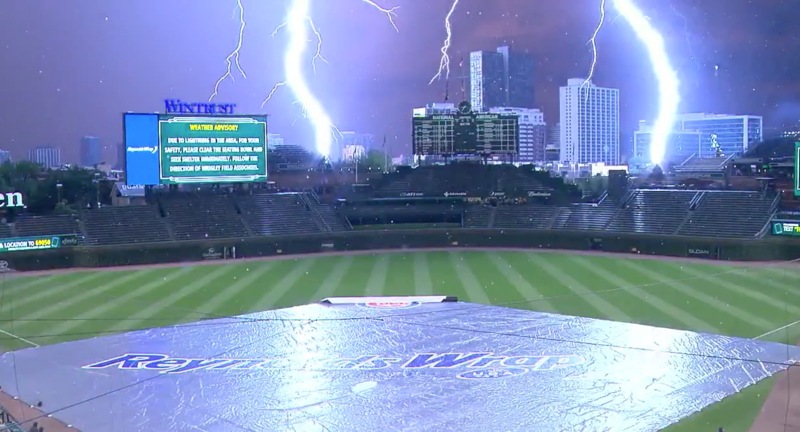 The good news is we get to watch TWICE as much baseball tomorrow. The bad news is it’s because today’s game has been banged by the torrential onslaught of rain that has poured down on this city for weeks (seriously, it’s getting quite old).

The Cubs and Dodgers will make it up as part of a double-header tomorrow. What a bummer.

Today’s Cubs-Dodgers game at Wrigley Field has been postponed due to inclement weather.

The makeup game is scheduled for tomorrow, May 7, at 6:40 p.m. CDT, as the second game of a split doubleheader. The originally scheduled game has been shifted to start at 12:05 p.m. pic.twitter.com/uruxcVwUCK

We’ll update this post later on, when we learn the plan for the starting pitchers as well as the extra roster spot. At least the weather should start to turn soon.

Here's your 7-day for #Chicago pic.twitter.com/RiuDO28Kxb