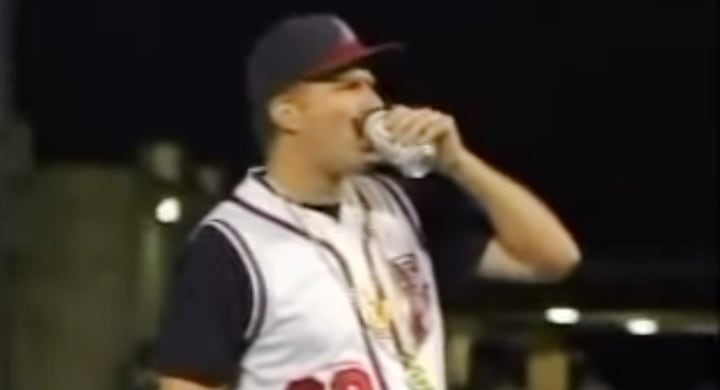 A few years ago, Will Ferrell took MLB Spring Training by storm, dressing up for 10 different teams while playing every position on the field. It was awesome.

If you saw it, I think you’d remember it:

Will struck out so we traded that sucker to @SFGiants. #FerrellTakesTheField pic.twitter.com/8Ag4x4ptMO

Will Ferrell pulled from the field after one batter. Not happy about it. pic.twitter.com/J7A3T8dFMg

But what I was completely unaware of until today is that it wasn’t the first time he’s taken the field. Ten years ago (almnost to the day, actually), Will Ferrell … excuse me, right-hander Billy Ray “Rojo” Johnson made an appearance for (the Houston Astros affiliated) Round Rock Express team in the Triple-A Pacific Coast League.

According to the Round Rock Express:

On May 6, 2010, the #RRExpress debuted Venezuelan Rojo Johnson at #DellDiamond. Despite a past criminal history of illegal involvement in the iguana market which resulted in his incarceration, Johnson gave Express fans a memorable, and unorthodox, one-day performance. The right-handed hurling Johnson bears a striking resemblance to American comedic actor Will Ferrell…