What Did You THINK DJ LeMahieu Was Gonna Do to a 48 MPH Pitch? Skip to content 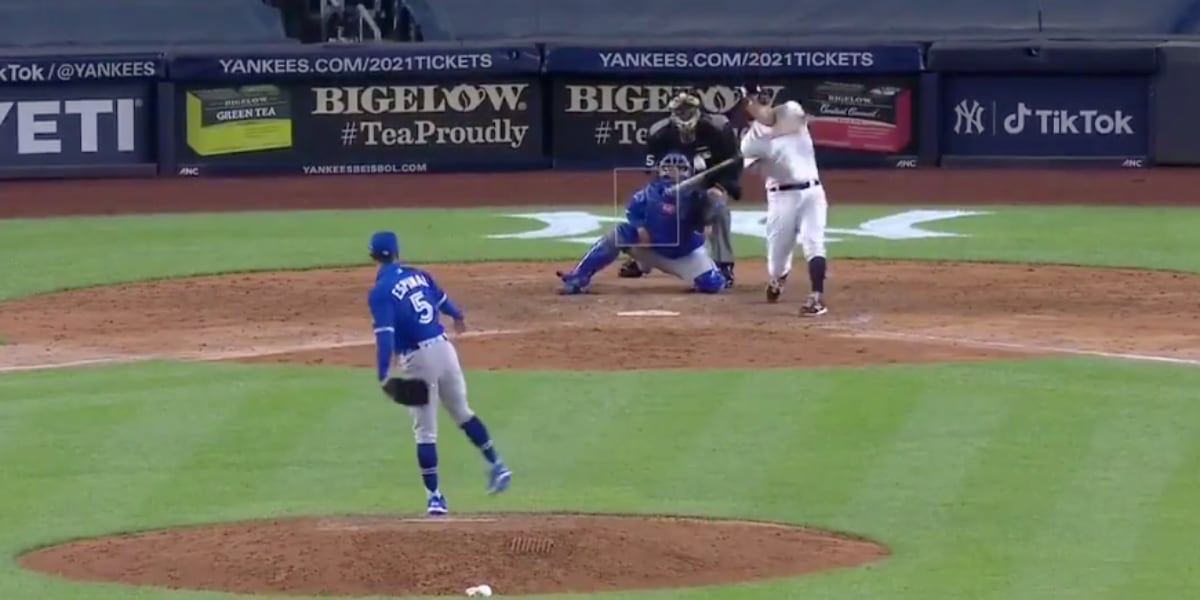 Have you ever wondered what it would be like if a Major League ballplayer played beer league softball with you and your friends? What if he wasn’t just a big leaguer, but actually one of the best hitters in Major League baseball? Like, say … DJ LeMahieu.

DJ LeMahieu hit a home run off a **48.7 mph** nothing-ball from Santiago Espinal.

It's the slowest pitch homered against in the entire pitch-tracking era (since 2008). pic.twitter.com/dYboWqLc89

That’s Yankees second baseman DJ LeMahieu taking Santiago Especial WAY out to left on a … wait. That can’t be right – a 48.7 MPH pitch?! That’s not just an eephus. That’s. It’s. Well, it’s nothing. As David Adler points out in the tweet, that’s the slowest pitch homered against in the entire pitch-tracking era, which goes back to 2008.

That’s not something you see everyday.