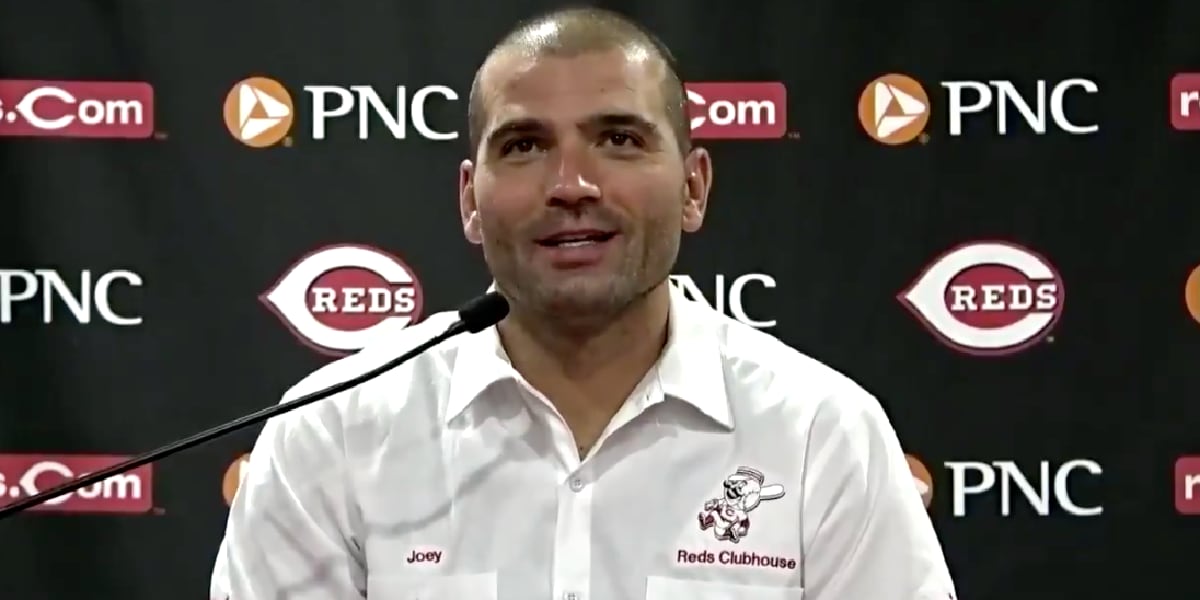 Joey Votto has earned few different reputations over his 14-year-career. For example, you could call him the second best overall player in MLB since 2008, seeing as his 56.9 WAR during that stretch trails only the G.O.A.T., Mike Trout. You might also call him one of the greatest hitters of all-time, seeing as his .305/.420/.518 (150 wRC+) slash line ranks 3rd best in MLB for any player with more than 5,000 plate appearances since the turn of the century (Trout and Manny Ramirez lie ahead of him).

He’s also leaned into the heel archetype at times over the years, but to frustratingly joyful results:

But if all that, plus his 6 All-Star appearances, MVP trophy, Gold Glove award, and Hank Aaron Award weren’t enough of a legacy, Votto is also now earning my respect as one of the single best humans in MLB.

Here he is describing how the Reds staff has handed out exactly two uniforms before (one to Votto and one to Bronson Arroyo) for being around and helpful for a long-enough period of time. But instead of just taking the uniform and accepting the honor in spirit, Votto puts it on every Sunday home game to help out around the ballpark.

“This is the sort of thing I put side by side with my MVP award.”

You can tell Votto genuinely appreciates the honor – and takes it seriously – and that the staff doesn’t just hand out these shirts easily or often. So I’ve gotta say, this makes me like Joey Votto even more.