Ronald Acuña Jr. Just Offered Up One of the Most Incredible Home Run Trots Ever Skip to content 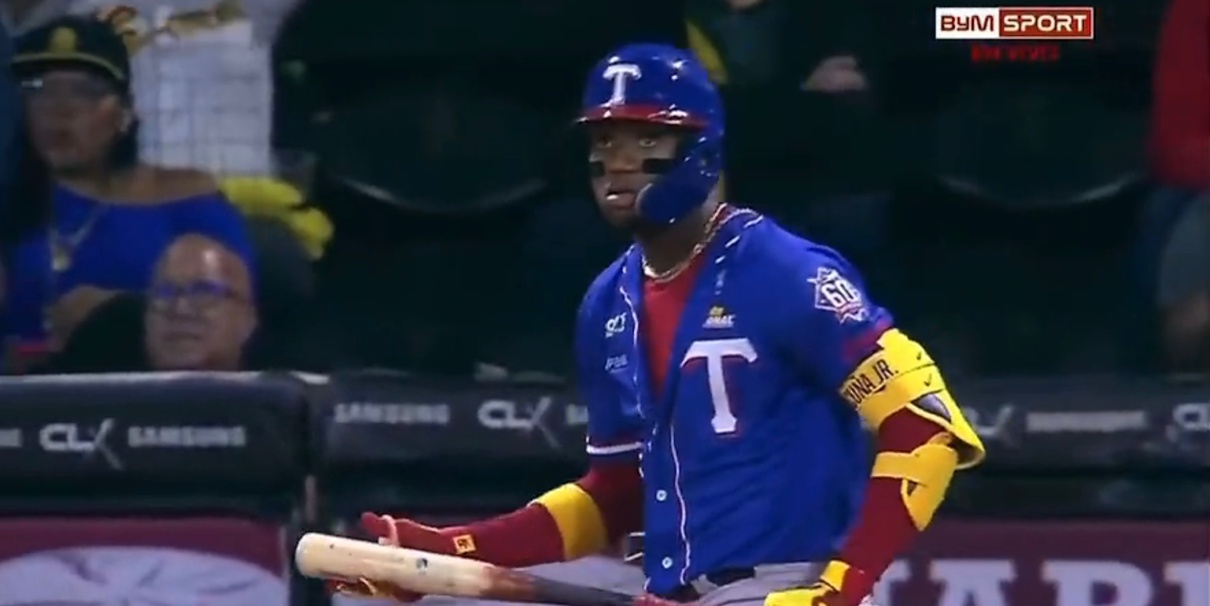 Let’s call it a very early candidate for home run celebration of the year. And yes, I know it’s only January.

Atlanta Braves outfielder Ronald Acuña Jr. has been playing in the Venezuelan Winter League this year, and the championship series is underway. It’s very serious business for the players and the fans there, so things can get REALLY explosive in the moment, making for some of the most entertaining baseball you’ll see.

For example, Acuña hit a game-tying homer in the 4th inning last night, and after launching the ball, he launched himself into one of the most aggressively excitable home run trots ever:

Seriously. It just kept going and going. There was more at every turn. I don’t even want to think about the backlash he’d get in the States for a trot like that, which is unfortunate – huge moment in a championship series … you should be able to go a little over the top with your celebration.

Acuña, 25, is coming off a down (for him) 2022 season in MLB, and will look to rebound this year. He’s definitely getting in his work on the home run celebrations.